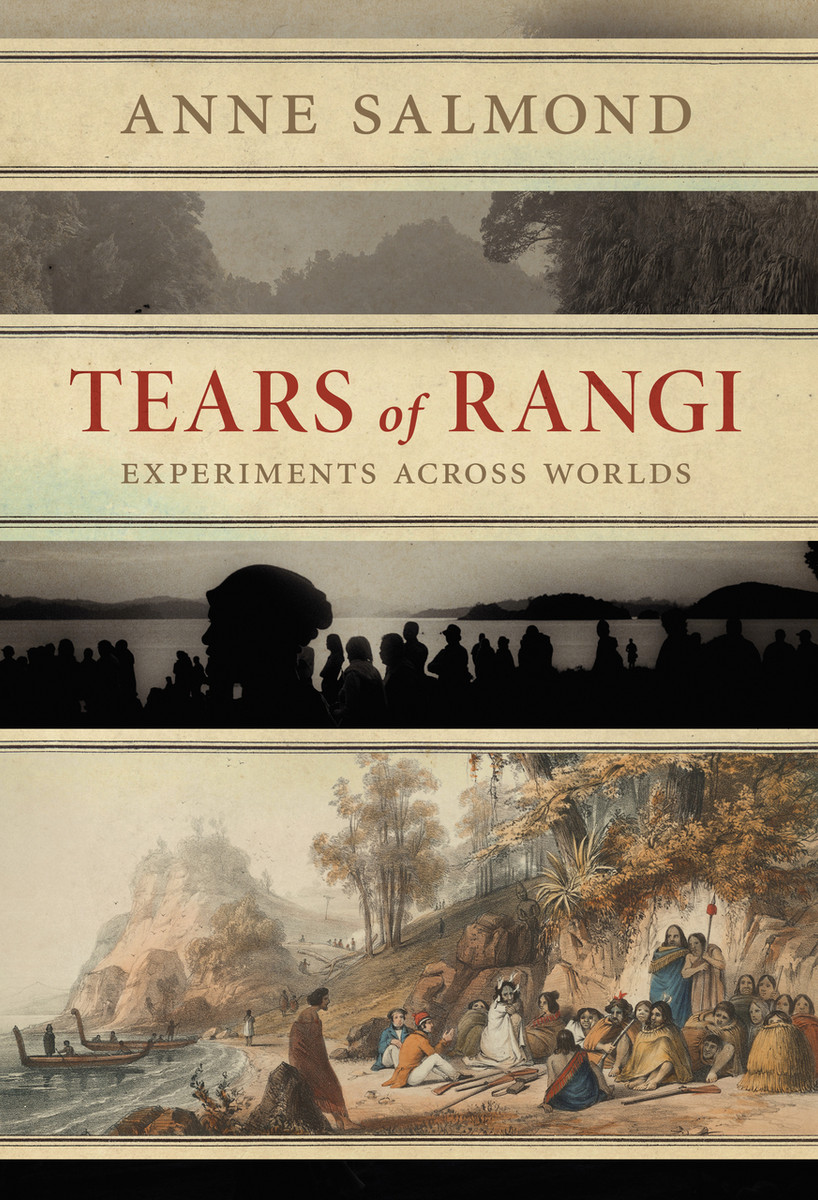 Dame Anne Salmond’s most ambitious book to date which was shortlisted for the Nayef Al-Rodhan Prize for Global Cultural Understanding 2018 and now in paperback format.

Six centuries ago Polynesian explorers, who inhabited a cosmos in which islands sailed across the sea and stars across the sky, arrived in Aotearoa New Zealand where they rapidly adapted to new plants, animals, landscapes and climatic conditions. Four centuries later, European explorers arrived with maps and clocks, grids and fences, and they too adapted to a new island home. In this remote, beautiful archipelago, settlers from Polynesia and Europe (and elsewhere) have clashed and forged alliances, they have fiercely debated what is real and what is common sense, what is good and what is right.

In this, her most ambitious book to date, Dame Anne Salmond looks at New Zealand as a site of cosmo-diversity, a place where multiple worlds engage and collide. Beginning with a fine-grained inquiry into the early period of encounters between Māori and Europeans in New Zealand (1769–1840), Salmond then investigates such clashes and exchanges in key areas of contemporary life – waterways, land, the sea and people.

We live in a world of gridded maps, Outlook calendars and balance sheets – making it seem that this is the nature of reality itself. But in New Zealand, concepts of whakapapa and hau, complex networks and reciprocal exchange, may point to new ways of understanding interactions between peoples, and between people and the natural world. Like our ancestors, Anne Salmond suggests, we too may have a chance to experiment across worlds.

Dame Anne Salmond is Distinguished Professor of Māori Studies at the University of Auckland and author of books including Hui: A Study of Maori Ceremonial Gatherings (1975, A.H. and A.W. Reed); Amiria: The Life Story of a Maori Woman (1976, A.H. and A.W. Reed); Eruera: The Teachings of a Maori Elder (1980, Oxford University Press); Two Worlds: First Meetings between Maori and Europeans 1642–1772 (1991, Viking Press, University of Hawai‘i Press); Between Worlds: Early Exchanges between Maori and Europeans 1773–1815 (1997, Viking Press, University of Hawai‘i Press); The Trial of the Cannibal Dog: Captain Cook in the South Seas (2003, Penguin UK, Penguin NZ, Yale University Press); Aphrodite’s Island: The European Discovery of Tahiti (2007, University of California Press, Penguin NZ) and Bligh: William Bligh in the South Seas (2011, University of California Press, Penguin NZ). Among many honours and awards, she is an International Member of the American Philosophical Society, a Foreign Associate of the US National Academy of Sciences and a Corresponding Fellow of the British Academy; in 2013 she became New Zealander of the Year and winner of the Rutherford Medal from the Royal Society of New Zealand.

This is an absorbing historical narrative with bigger and bolder political and ethical arguments. The book is engagingly written and a worthy successor to Salmond’s Two Worlds and Between Worlds, from which it picks up chronologically, as well as to more recent works on Cook and Bligh. – Nicholas Thomas, University of Cambridge

This manuscript was an absolute joy to read. It engages in highly relevant and topical issues for all of us as New Zealanders. By anchoring our colonial history in contemporaryy issues of sovereignty and property, it has the potential to be a landmark book for Aotearoa New Zealand. – Jacinta Ruru, University of Otago and Ngā Pae o te Māramatanga

Tears of Rangi carries a message to the thinking citizen. Have a fresh look at New Zealand society from another angle. Salmond puts forward a complete debate... This significant book has the ability to influence hope for a united future as two peoples reconcile their different views.  Modern New Zealand can be transformed by greater understanding of the Maori world. - Sonia Edwards, NZ Booklovers

Tears of Rangi: Experiments Across Worlds

Psychology for a Better World: Working with People to Save the Planet (Revised and Updated Edition)