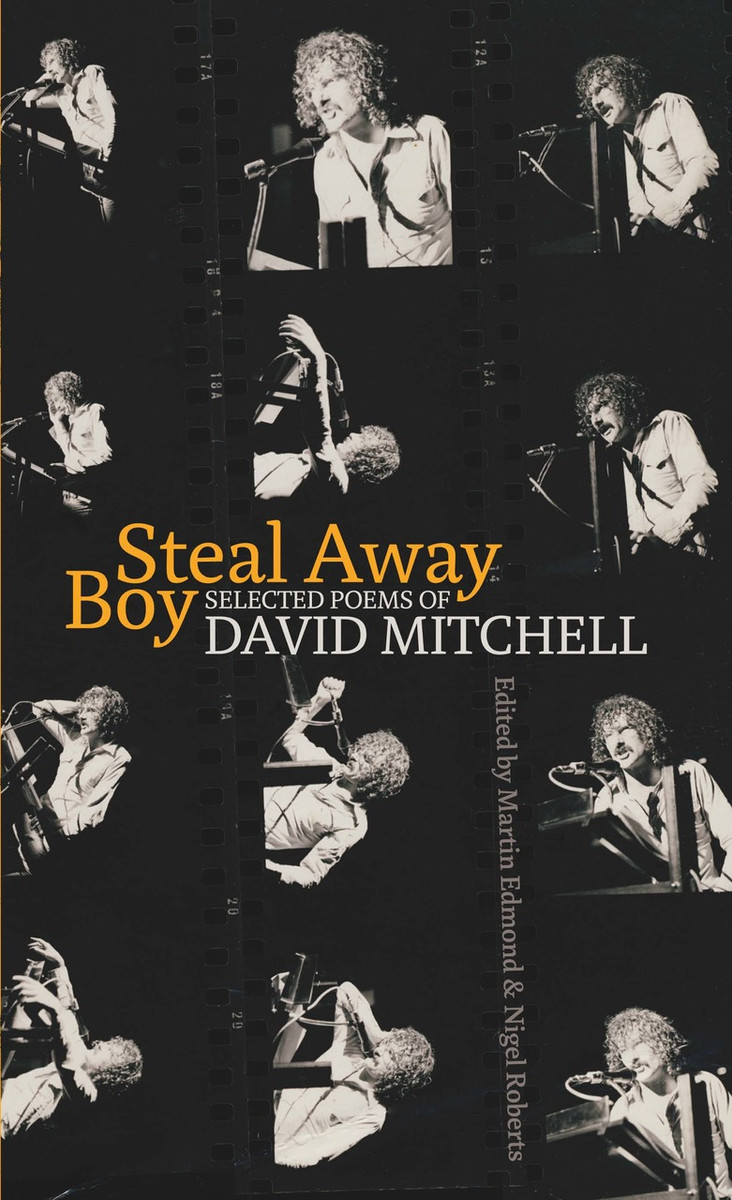 David Mitchell was one of New Zealand’s great poetic characters from the mid-1960s to the mid-1980s: poet, lover, political activist, cricketer, impresario, mysterium and, to some, an all-round pain in the arse. Steal Away Boy re-introduces Mitchell to a new generation and collects widely scattered poems in book form for the first time.

A great partisan of poetry in performance, Mitchell initiated readings in various Auckland hotels and was a participant in the famous readings at the Barry Lett Gallery. In 1972 Mitchell’s only full-length collection, Pipe Dreams in Ponsonby, was published and became an instant classic, selling thousands of copies in two editions. It broke new ground and won a Commonwealth literary prize. David Mitchell fully supported the Steal Away Boy project and his private papers and manuscripts have been made available to Edmond and Roberts by his daughter.

In their generous selection of poems and comprehensive introduction, Martin Edmond and Nigel Roberts present afresh the lyrical, beat intensity of an antipodean hipster & iconic poet.

Steal Away Boy rescues and rehabilitates this lost voice, whose poems remain as alive and vital as ever, exhibiting both bitter comedy and painterly primitivism, with verbal textures that still sing. – NZ Listener Top 100 Books 2010

I would recommend everybody reacquaint themselves with David Mitchell cos he’s a true, a fabulous poet. . . . I hope it’s a Renaissance. I hope everyone run [sic] right out and buy one, cos it’s a gift, the book’s a gift. – Laura Kroetsch, Speaking Volumes

The whole book is a vivid and frequently gorgeous reminder that David Mitchell is a talented poet. – Hamish Wyatt, Otago Daily Times