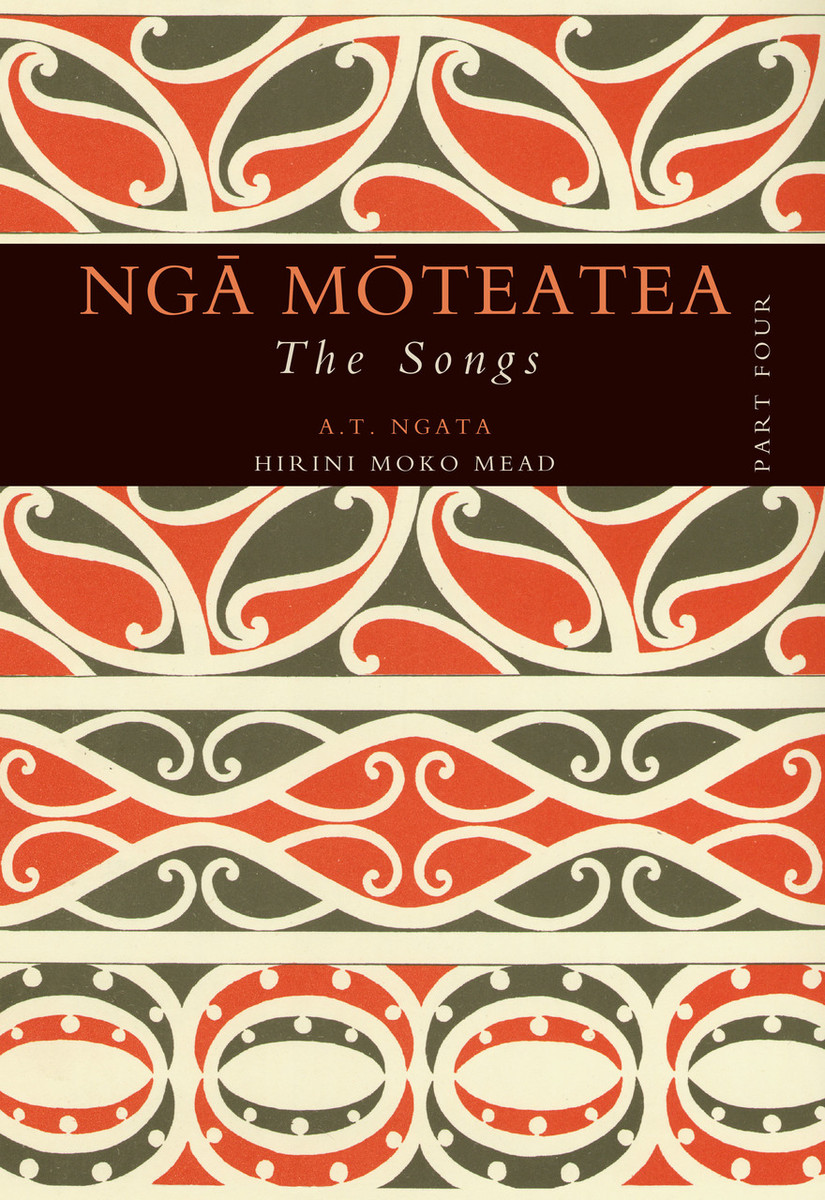 The singing of waiata, or songs and chants, has always been an integral part of Māori life. Today waiata are heard in formal ceremonies on marae, in business or political meetings, and at casual, social events. But their texts alone make fascinating reading as an archive of historical, cultural and tribal life.

Over a period of 40 years Sir Āpirana Ngata collected and recorded hundreds of songs and chants from the iwi of Aotearoa which became the four volumes of Ngā Mōteatea. The first three volumes included translations and annotations by Ngata and the Ngāti Maniapoto scholar Pei Te Hurinui Jones. The contents of Part IV, the fourth volume, were not available until after the deaths of Ngata and Pei. It was first published in 1990 as an edition of the Māori texts, edited by Tamati Maturangi Reedy from Ngata’s manuscripts, but without translation to English.

Now, for the first time, this new edition of Part IV comes with a translation of the waiata and annotations by Hirini Moko Mead, of Ngāti Awa. A scholar of rare and special expertise in Māori language and culture, he has also made important additions to the annotations. The translation to English opens up to a wide readership of Māori and non-Māori, nationally and internationally, the beauty of the poetic language of the waiata and a wealth of information about historic events and cultural practices of Māori life.

This magnificent new edition of the first of four volumes of waiata is a huge and welcome improvement on the facsimile editions produced in the 1970s . . . not only are the texts clear but also the book is of the finest, user-friendly quality: Chunky, smooth and great to look at. But the greatest bonus would have to be the inclusion of two CDs containing recordings of 52 of the 90 songs recorded in Part One. – Mick Ludden, Wairarapa Times Age