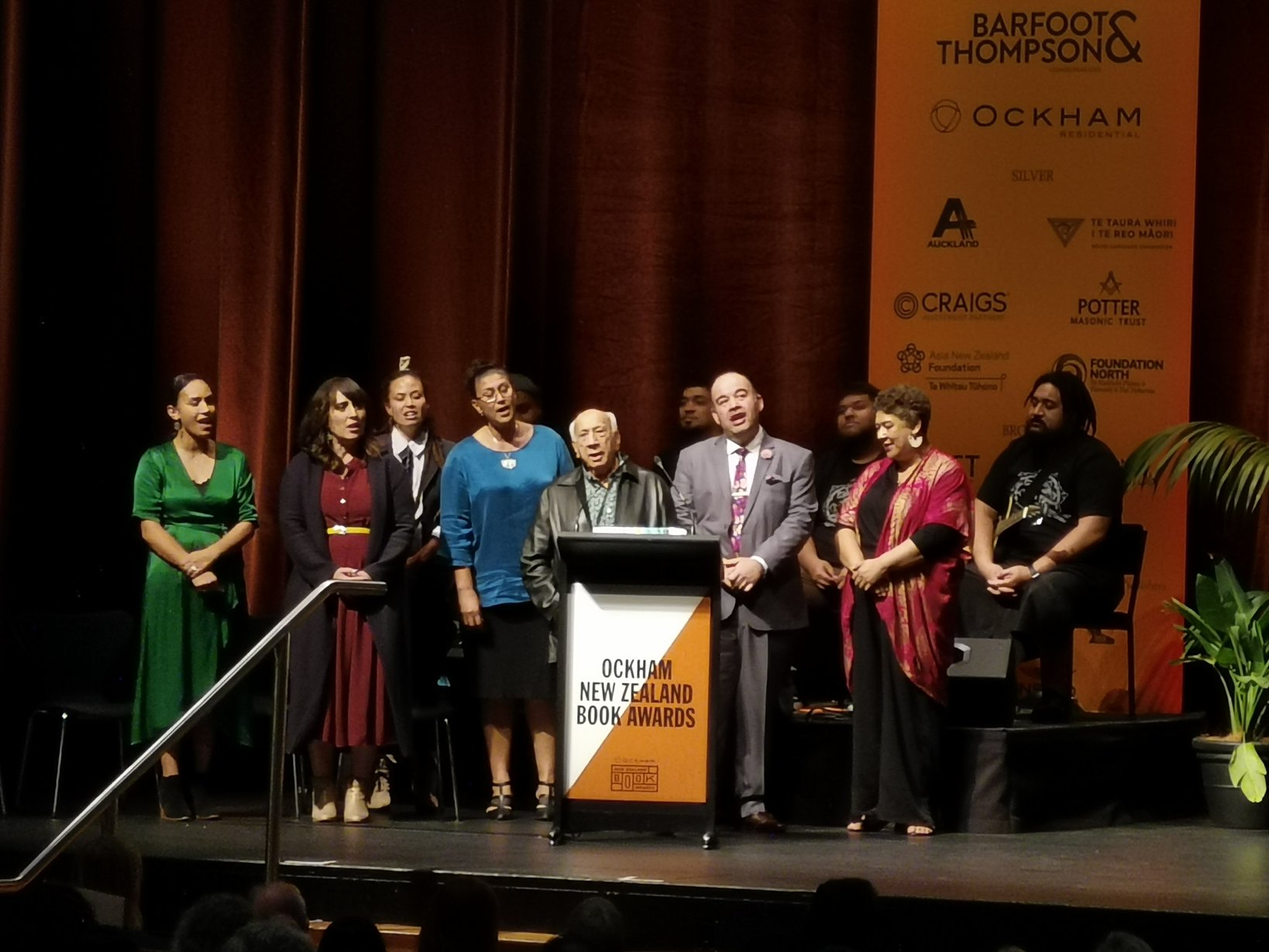 Congratulations to Sir Tīmoti Kāretu on being awarded Te Mūrau o Te Tuhi at the Ockham New Zealand Book Awards. Mātāmua ko te Kupu! is the first book of Kotahi Rau Pukapuka and is recognised for its excellence in te reo Māori.

‘Lyric is paramount! This is the axiom of Sir Dr Tīmoti Kāretu, and there is no other than he who best personifies this statement in all his labours for the Māori language over countless years,’ said judge Paraone Gloyne as he presented the award at last night’s ceremony.

Sam Elworthy, director of Auckland University Press, commented: ‘We are lucky to have Tā Tīmoti back on the AUP list to kick off Kotahi Rau Pukapuka: 100 Books in te reo Māori. Tīmoti has been one of the critical drivers of te reo Māori’s revitalisation in Aotearoa, he is an outstanding composer in the world of Māori song and kapa haka himself, and he’s also a brilliant – and fun – author to work with. Ka rawe, Tā Tīmoti!’

This is the second time Sir Tīmoti has been the recipient of Te Mūrau o Te Tuhi – the Māori Language Award, having also won the accolade in 2019 for his book He Kupu Tuku Iho: Ko te Reo Māori te Tatau ki te Ao, with Wharehuia Milroy. Sir Tīmoti takes home a $10,000 prize as part of the award.