‘Diversity and unity, diversity in unity’: A Speech by Dame Joan Metge 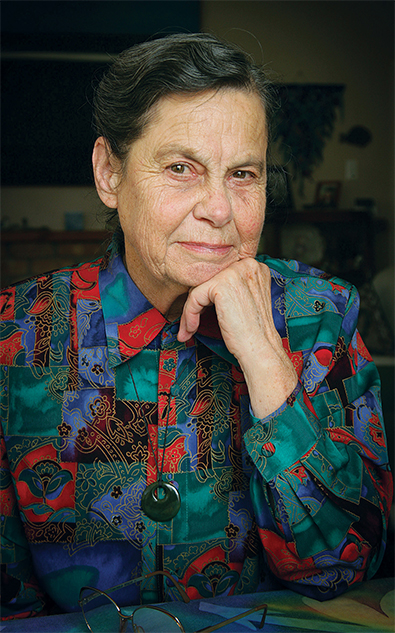 We were delighted to see Dame Joan Metge recieve the 2015 Prime Minister’s Award for non-fiction. Dame Joan is an educator, lecturer and writer, celebrated for her promotion of cross-cultural awareness. She’s also incredibly modest and self-effacing, but we have prevailed on her to share the marvelous speech she gave that evening.

Minister Barry, representatives of Creative New Zealand, I thank you most warmly for this award. I was at once surprised and gratified to receive such recognition from such quarters.

Thank you also for this opportunity to pay tribute to those who fostered my development as a writer.

First I acknowledge my debt of gratitude to my parents, Alice and Cedric Metge who raised my sister and myself in a home full of books, standards of excellence and the belief we could do anything if only we put our minds to the doing.

Secondly I salute Te Rangi Hīroa (Peter Buck), one of New Zealand’s earliest anthropologists. As an undergraduate I was dismayed at how impersonal, graceless and difficult much academic reporting was. Te Rangi Hīroa on the other hand was a wonderful communicator. His English prose was lively, graceful and accessible. In Vikings of the Sunrise and The Coming of the Maori found inspiration and a model to aspire to. Te Rangi Hīroa’s lessons were reinforced for me by Raymond Firth, a New Zealander from South Auckland and graduate of Auckland University College who supervised my doctoral thesis as Professor of Anthropology at the London School of Economics. Breaking with prevailing practice, Firth in his writing gave names, voices and personalities to the people of Tikopia in the Pacific.

After these two I was nurtured / mentored by a long succession of koroua and kuia, Māori experts who opened their storehouses of knowledge for me and commissioned me to pass their treasures found there on to their mokopuna and those others who would respect them. Representing them I honour the name of Wiremu Parker of Ngāti Porou, broadcaster, adult education tutor and superb orator in both Māori and English. Wiremu and I worked together to lay the foundations of Māori Studies at Victoria University of Wellington. I relished the delight of Wiremu took in comparing Māori and English linguistic treasures – words, images, proverbs – using their differences and common features to shed light on a subject and coining outrageous bilingual puns.

I also wish to thank the New Zealand publishers who took a risk in publishing my books. Hugh Price of Price Milburn, Fergus Barrowman of Victoria University Press, Elizabeth Caffin and Sam Elworthy of Auckland University Press, together with their copy editors and designers and the artists who encapsulated the content on their covers.

My writing has been concerned primarily with relations between Māori and Pākehā but I have always seen the lessons learnt in that context having much wider application, to relations between all of the many ethnic groups who have made New Zealand home. I warmly support the increasing recognition being given to the value of diversity in ethnic as well as gender relations and in the conservation of the natural environment. I look forward to getting my hands on Mai Chen’s recent report on Superdiversity.

However, I feel strongly that the idea of diversity should not be left to stand alone but is better kept in balance with the complementary value of unity. As a nation we have not long emerged from 150 years in which over-emphasis on unity led to the oppression of the Māori minority. Let us not repeat that mistake by swinging to the opposite extreme.

Half a century ago the milling of forests around Kawerau led to an influx of immigrants who outnumbered the iwi kāinga. Instead of withdrawing into their marae, the locals built a community centre and named it Rautahi – joining the numbers 100 and one to make a symbolic statement about inclusiveness – about diversity and unity, diversity in unity. In my experience, properly handled diversity does not undermine unity but on the contrary enriches it.

In the word tātou, te reo Māori has a pronoun that English does not. It is properly applied to a unified group – we, us – which is not homogenous but is made up of a number of constituent groups which have their own distinct identity. The MWWL [Māori Women’s Welfare League] uses a dialect version of it as their motto (‘Tātau Tātau’). It is fitting for me to use it as closing greeting: kia ora tātou.