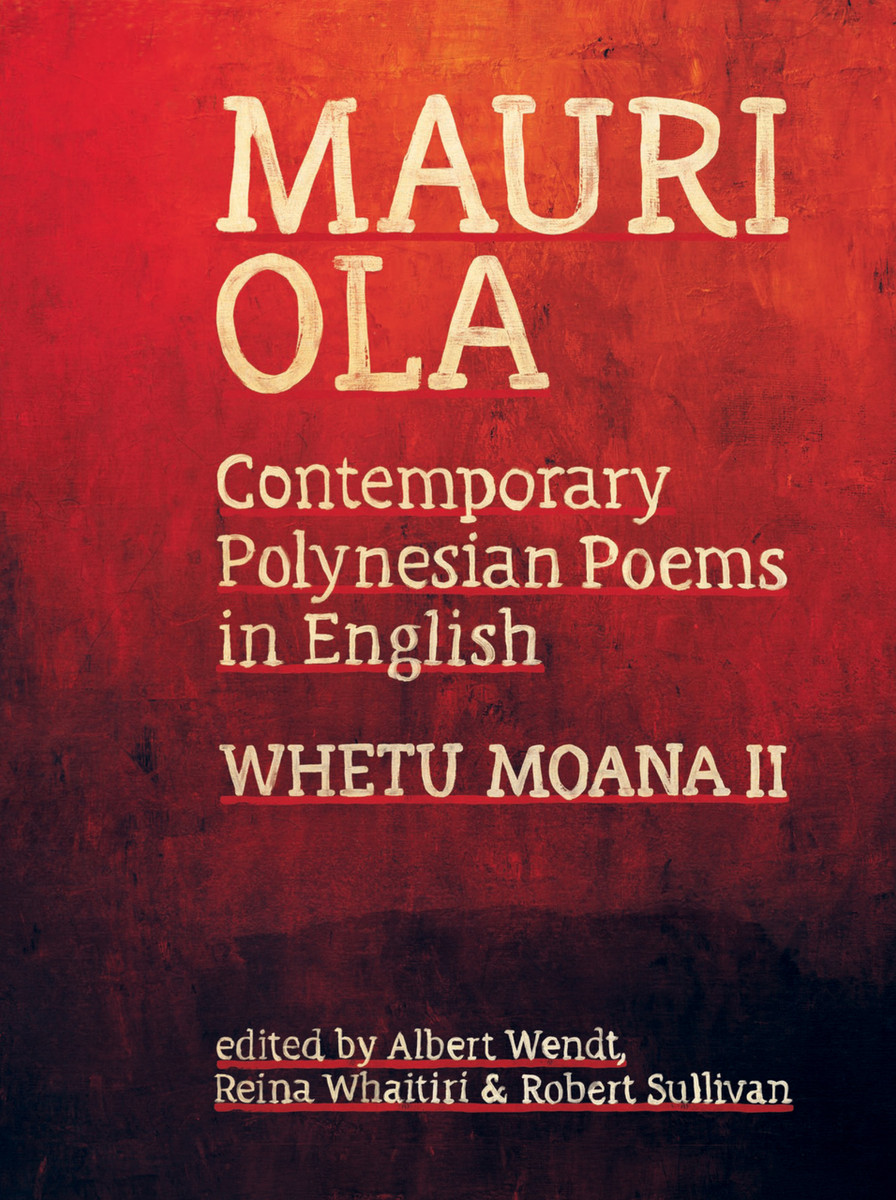 Mauri Ola: Contemporary Polynesian Poems in English is a follow-up volume to the highly acclaimed Whetu Moana, the first anthology of Polynesian poems in English edited by Polynesians. The new book includes poetry written over the last 25 years by more than 80 writers from Aotearoa, Hawai’i, Tonga, Sāmoa, the Cook Islands, Niue, Tokelau, Tahiti and Rotuma – some living in these islands and some dispersed around the globe. Together with works by established and celebrated poets, the editors have introduced the fresh voices of a younger generation.

Ranging from the lyrical and sensual to the harsh and gritty, from the political to the personal, the poems in Mauri Ola are infused with vivid imagery, claims of identity, laments, rages and celebrations that confront again a colonial past and a global present.

I would definitely recommend Mauri Ola as a fantastic collection . . . . It shows all of our beauty, our ugliness, our colonial experience, and it truly shows the diversity of Polynesian people. – Maraea Rakuraku, Speaking Volumes

As a Polynesian, more specifically a Tongan, I thoroughly enjoyed reading this anthology as it expresses our Maori and Polynesian voices in such a way that we can celebrate unity and diversity. - Maryanne Pale

In Wendt’s 1976 essay 'Towards a New Oceania', he wrote the following about Oceania, of which Polynesia is a part: 'So vast, so fabulously varied a scatter of islands, nations, cultures, mythologies and myths, so dazzling a creature, Oceania deserves more than an attempt at mundane fact; only the imagination in free flight can hope – if not to contain her – to grasp some of her shape, plumage, and pain.'[i] It is hard to believe that this influential essay was written thirty-five years ago because it is just as relevant today as it was then, when a cultural renaissance was beginning to spread throughout Oceania. - Vilsoni Hereniko, Landfall Review