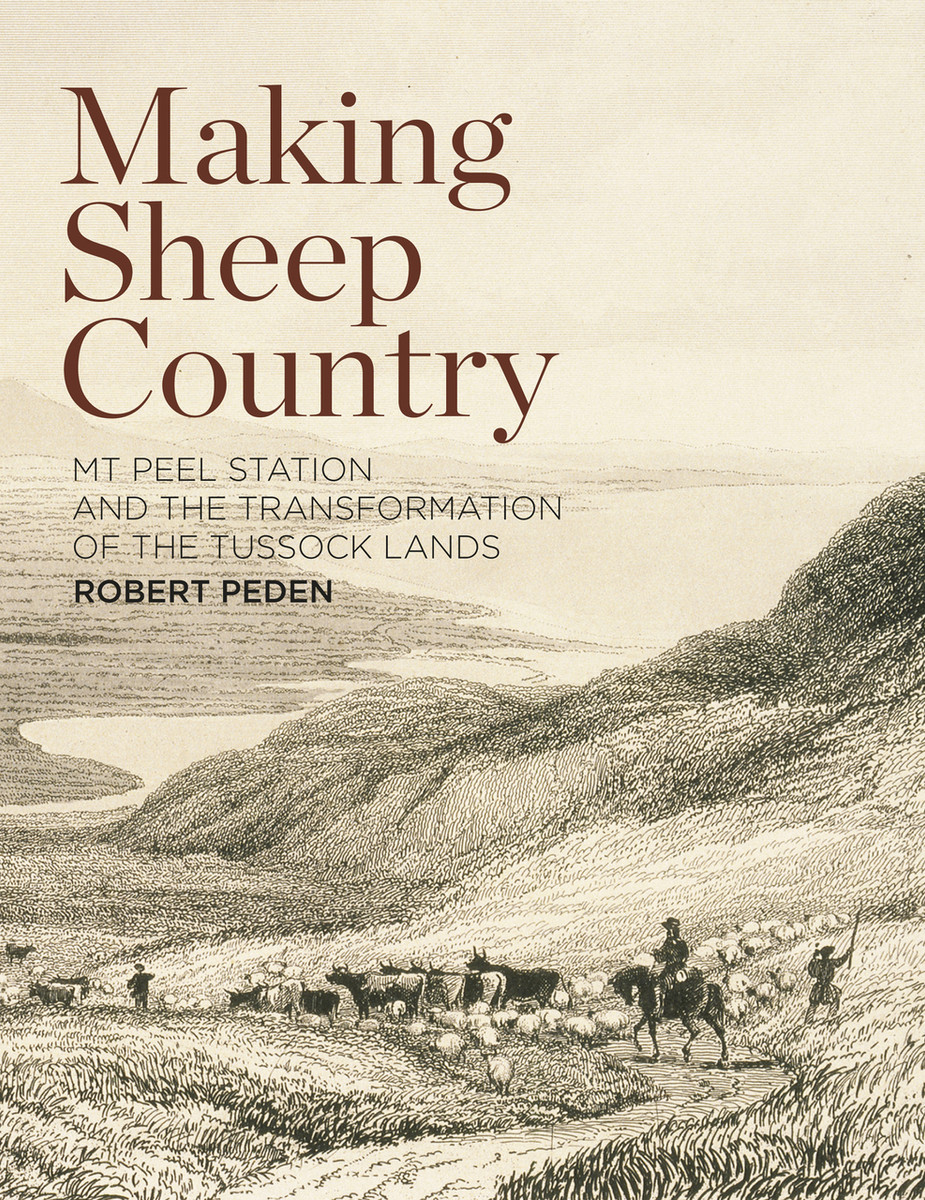 Making Sheep Country: Mt Peel Station and the Transformation of the Tussock Lands

First the squatter, then the runholder, after that the farmer . . .

Taking us inside the world of New Zealand’s South Island sheepfarmers – the sheep they bred, the rabbits and droughts and floods they fought, the fires they lit, the grass they grew, the risks they took – Peden offers a sweeping portrait of the economic and ecological transformation of New Zealand.

From the 1840s to the First World War, the South Island was transformed as runholders claimed large tracts of land, burned off the native vegetation and initiated large-scale sheep farming for wool and, later, meat production. In Making Sheep Country, Robert Peden focuses on one case study in particular, John Barton Acland and Mt Peel Station in South Canterbury, to explain how the pastoralists modified their environment.

If anyone had to produce a revisionist history of the South Island's pastoral era, it had to be Robert Peden. This treatise is the product of his rare combination of academic scholarship and long-time practical high-country farming experience. It fearlessly but fairly tackles the myth of pastoralists as rash, ignorant, unprincipled and greedy. Peden demolishes the myths about despoliation of tussock grasslands – Mike Crean, Press

Making Sheep Country is a handsome production from Auckland University Press, illustrated with historic photographs and paintings. It grew from a highly regarded PhD thesis at Otago University, and the research that supports Peden's arguments marks it out from the typical narratives about the early runs. – John Horrocks, NZ Books

A Land of Milk and Honey? Making Sense of Aotearoa New Zealand