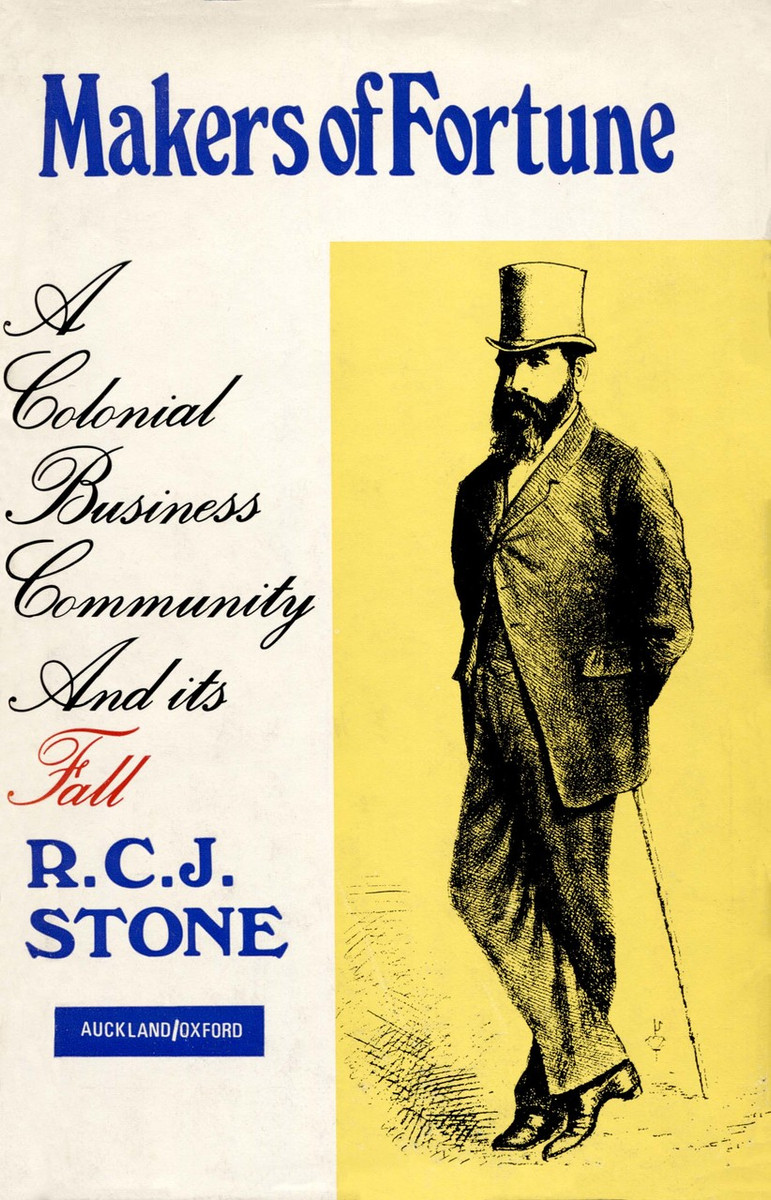 Makers of Fortune: A Colonial Business Community and Its Fall

So many businesses rose and fell in nineteenth-century Auckland that the city was called a ‘graveyard of enterprise’. By far the most serious and general collapse came during the decade of depression and banking crises which overtook the whole colony after 1885. Auckland’s commercial elite, which had dominated the city’s business for a generation and had launched some of New Zealand’s most important financial institutions, was discredited. Some of its members were impoverished. In the 1890s this failure was explained in moralistic terms. It was seen as the just penalty for speculative rashness.

Makers of Fortune suggests that although optimism was almost an Auckland trait and was incited by rapid city growth, other economic forces were also at work. There was, for one, the ease with which funds could be obtained from abroad. Many Auckland businessmen tried to make their way by the application of the Victorian ideal of self-help. Some succeeded; other failed after early success. Through contemporary newspapers and business and legal records Dr Stone has traced a story of the fates of individual industries, firms and entrepreneurs, which also illuminates the impulses of colonial business in general.

New Zealand's London: A Colony and its Metropolis