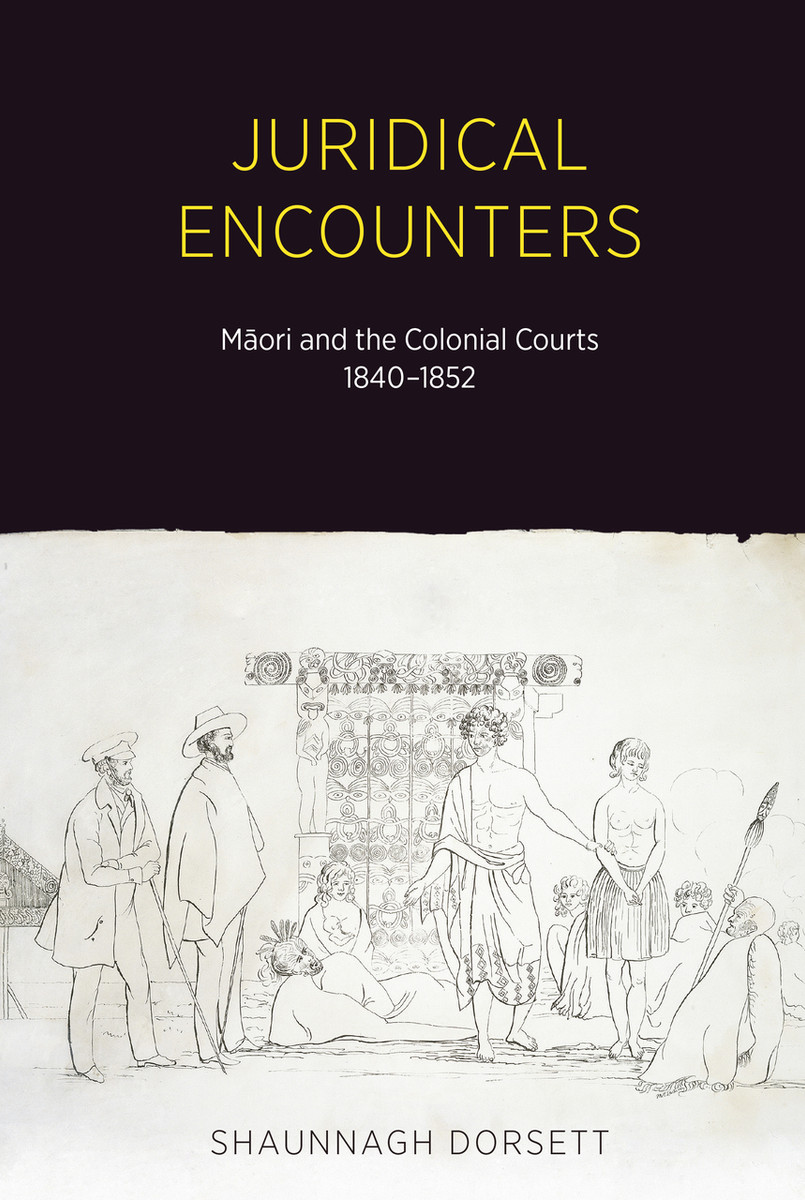 How Māori encountered British law in the new settler courts.

From 1840 to 1852, the Crown Colony period, the British attempted to impose their own law on New Zealand. In theory Māori, as subjects of the Queen, were to be ruled by British law. But in fact, outside the small, isolated, British settlements, most Māori and many settlers lived according to tikanga. How then were Māori to be brought under British law?

Influenced by the idea of exceptional laws that was circulating in the Empire, the colonial authorities set out to craft new regimes and new courts through which Māori would be encouraged to forsake tikanga and to take up the laws of the settlers. Shaunnagh Dorsett examines the shape that exceptional laws took in New Zealand, the ways they influenced institutional design and the engagement of Māori with those new institutions, particularly through the lowest courts in the land. It is in the everyday micro-encounters of Māori and the new British institutions that the beginnings of the displacement of tikanga and the imposition of British law can be seen.

Juridical Encounters presents one of the first detailed studies of the interactions of an indigenous people in an Anglo-settler colony with the new British courts. By recovering Māori juridical encounters at a formative moment of New Zealand law and life, Dorsett reveals much about our law and our history.

This is a book that opens up an almost entirely new territory of legal historical research and places Māori agency at the forefront of the narrative. By unearthing little-known stories of Māori direct engagement in New Zealand’s early courts, Dorsett shines a light on important aspects of our early colonial history. – Professor David V. Williams, University of Auckland