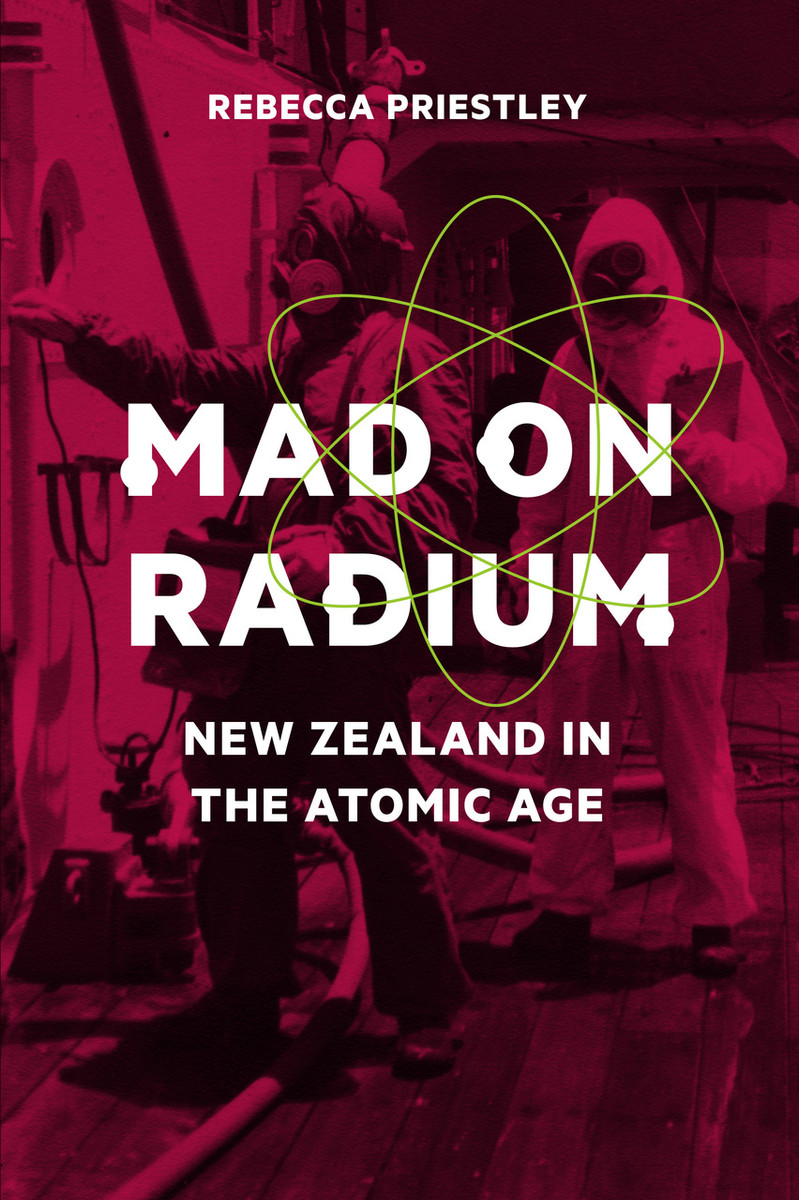 New Zealand is known around the world for our nuclear-free stance – banning US ship visits, prohibiting uranium mining, selling ourselves to the world on our clean, green, nuclear-free image. But have we always been nuclear sceptics?

In this engaging and accessible history, prize-winning author Rebecca Priestley reveals the alternative history of ‘nuclear New Zealand’ – a country where there was much enthusiasm for nuclear science and technology, from the first users of x-rays and radium in medicine; the young New Zealand physicists seconded to work on the Manhattan Project; support for the British bomb tests in the Pacific; plans for a heavy water plant at Wairakei; prospecting for uranium on the West Coast of the South Island; plans for a nuclear power station on the Kaipara Harbour; and thousands of scientists and medical professionals working with nuclear technology.

Priestley then considers the transition to ‘nuclear-free New Zealand’ policy in the 1980s. The change was dramatic: in the late 1970s, less than a decade before becoming so proudly nuclear-free, New Zealand was considering nuclear power to meet growing electricity demand in the North Island and the government was supporting a uranium prospecting programme on the West Coast of the South Island. But following the nuclear-free policy, anything with nuclear associations came under suspicion: taxi drivers referred to a science institute using a particle accelerator as ‘the bomb factory’ and Jools Topp of the Topp Twins refused radiation therapy for cancer, telling the doctors ‘I’m a lifelong member of Greenpeace, why would I let you irradiate me?’

By uncovering the long and rich history of New Zealanders’ engagement with the nuclear world and the roots of our nuclear-free identity, by leading us into popular culture, politics, medicine and science, Priestley reveals much about our culture’s evolving attitudes to science and technology and the world beyond New Zealand’s shores.

Extra! Extra! How the People Made the News