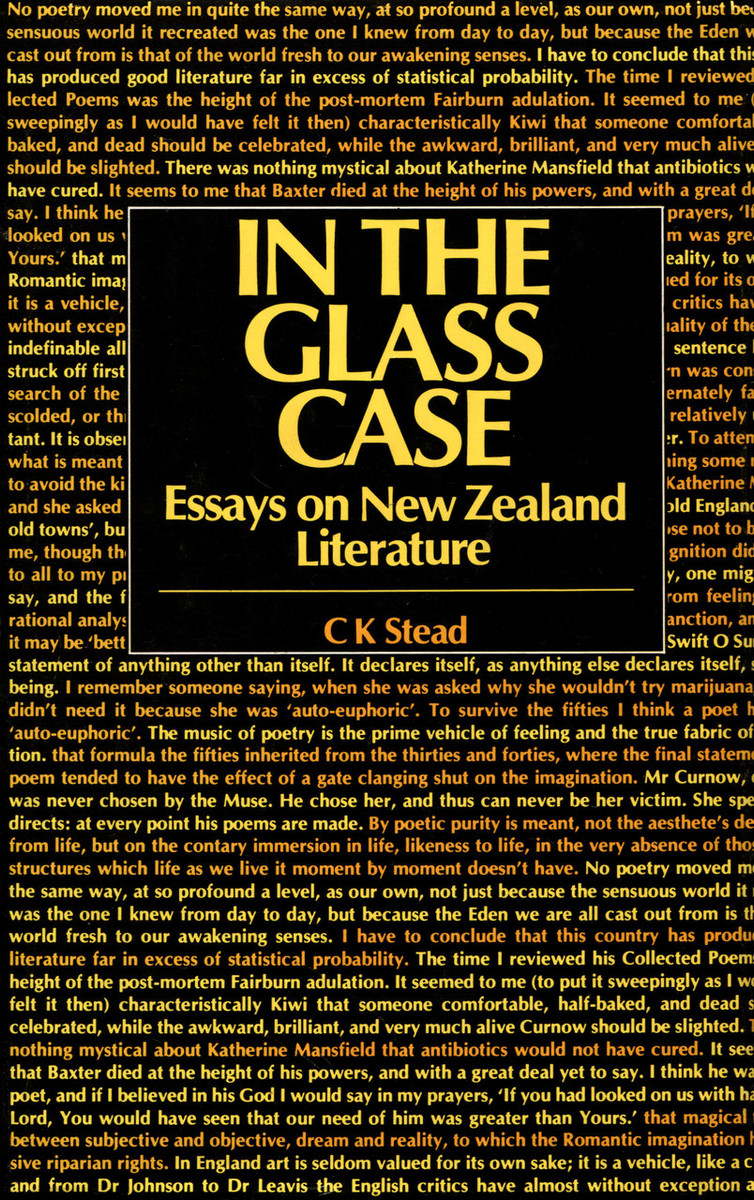 In the Glass Case: Essays on New Zealand Literature

Over a quarter of a century, C. K. Stead has built up a widely accessible collection of reviews and critical essays on New Zealand literature. In the Glass Case covers a wide spectrum of New Zealand writers, who are examined from a remarkably consistent viewpoint. The title is symbolic: New Zealand books were once held in a glass-fronted bookcase at the University of Auckland library. These were considered rare, although they are now out on the open shelves. Stead's views are often controversial and provoke discussion and passionate debate from other critics. This is not only an enlightening look into New Zealand literature and C. K. Stead, it is also a very enjoyable read.

This is one of the most important books to have been published in New Zealand in recent times . . . first-rate criticism always performs a double function of evaluation and contribution to the literature it serves, and Stead's is no exception to that beneficent and satisfactory rule. – A. K. Grant, The Press