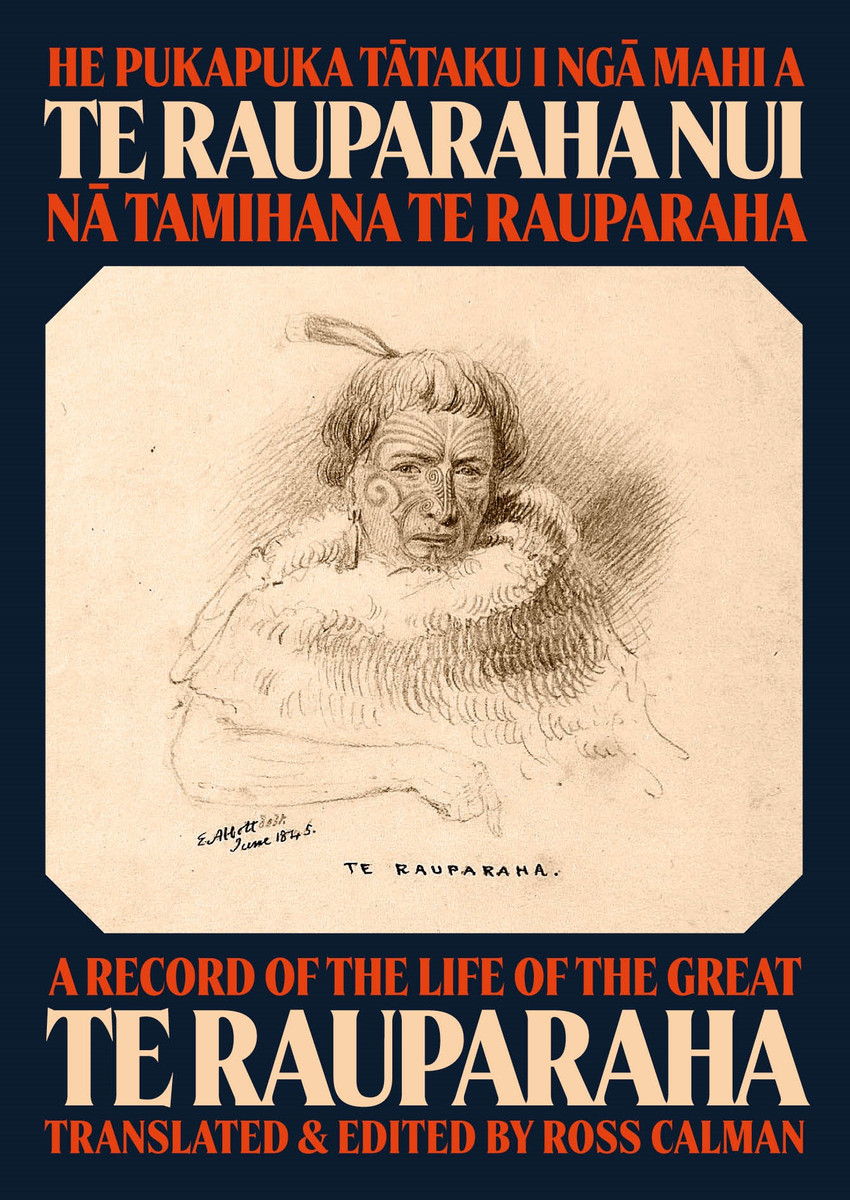 'There has never been a man equal to Te Rauparaha in terms of knowledge of warfare and prowess in battle, and in being so dedicated to looking after people.'

Te Rauparaha is most well known today as the composer of the haka ‘Ka mate’, made famous the world over by the All Blacks. A major figure in nineteenth-century history, Te Rauparaha was responsible for rearranging the tribal landscape of a large part of the country after leading his tribe Ngāti Toa to migrate to Kapiti Island. He is venerated by his own descendants but reviled with equal passion by the descendants of those tribes who were on the receiving end of his military campaigns in the musket-war era.

He Pukapuka Tātaku i ngā Mahi a Te Rauparaha Nui is a 50,000-word account in te reo Māori of Te Rauparaha’s life, written by his son Tamihana Te Rauparaha between 1866 and 1869. A pioneering work of Māori (and, indeed, indigenous) biography, Tamihana’s narrative weaves together the oral accounts of his father and other kaumātua to produce an extraordinary record of Te Rauparaha and his rapidly changing world.

Edited and translated by Ross Calman, a descendant of Te Rauparaha, He Pukapuka Tātaku i ngā Mahi a Te Rauparaha Nui makes available for the first time this major work of Māori literature in a parallel Māori/English edition.

Tamihana Te Rauparaha (1822–1876) was the son of Ngāti Toa leader Te Rauparaha and Te Ākau of Tūhourangi. Known as Katu in early life, he received a chiefly education and accompanied his father on many of his campaigns. He later became a key figure in the early Anglican Church in New Zealand, and one of a new generation of chiefs to adopt literacy. He was friendly with many of the Pākehā elite, adopted the manners of an English gentleman and became a successful sheep farmer in the Ōtaki district.

Ross Calman (Ngāti Toa, Ngāti Raukawa-ki-te-tonga, Ngāi Tahu) is a descendant of Te Rauparaha, one of the offspring of a peace marriage forged between Ngāti Toa and Ngāi Tahu in the 1840s. He has authored and edited important works on Māori language and history including Te Tiriti o Waitangi/The Treaty of Waitangi (with Mark Derby and Toby Morris), The Essential Māori Dictionary (with Margaret Sinclair), The New Zealand Wars and The Reed Book of Māori Mythology (with A. W. Reed). He is also a licensed translator. He lives in Wellington with his wife Ariana and they have two adult children. The Ngāti Toa Whakapapa Committee have given their blessing to the publication of this book.