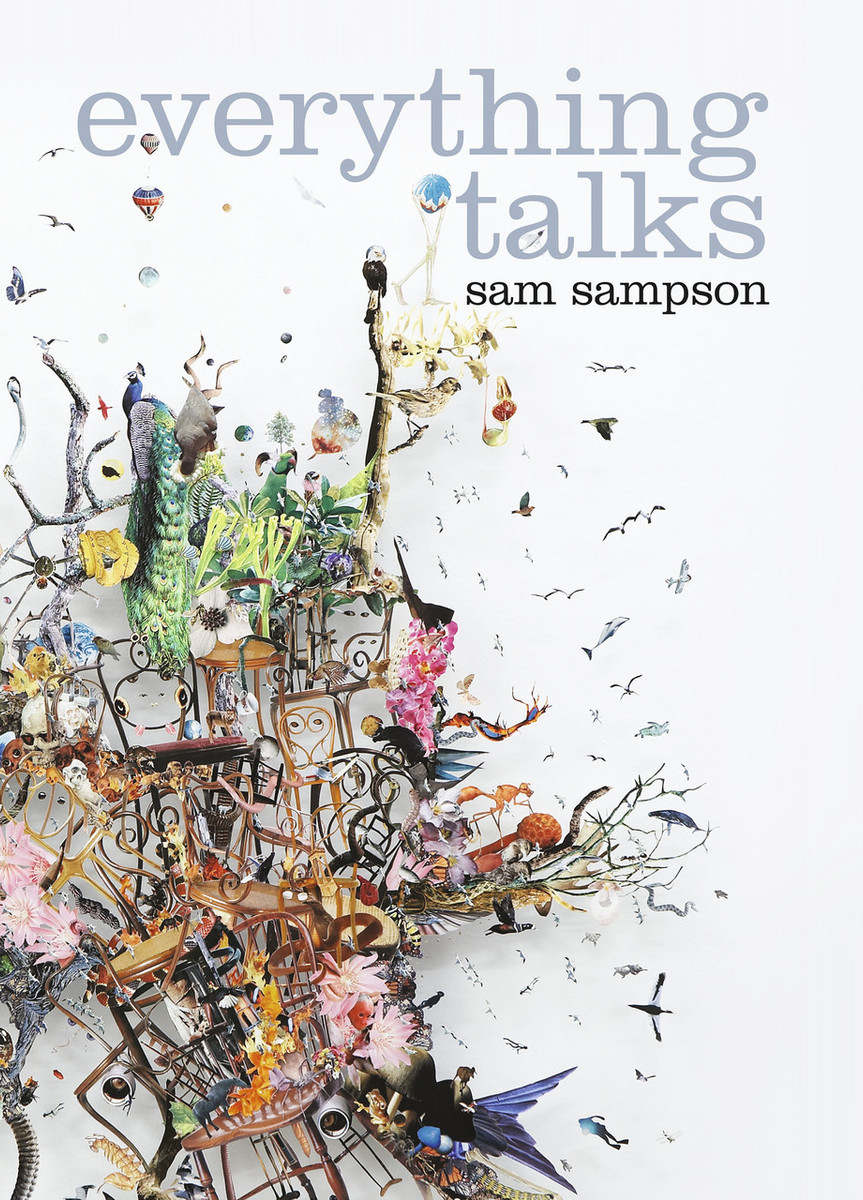 Everything Talks is the first collection of poetry by Auckland poet Sam Sampson.

If the poems in this collection are sometimes mysterious, they are also as true to immediate fact – informed by a particularly New Zealand nostalgia and sense of loss – as the poet can make them. In these poems of history and geography, of ships and sky, of flotsam and jetsam in an imaginary sea, many different voices may be heard . . . everything talks.

Sampson has an ear for the lilting phrase, and his poems have a gentle ebb and flow. Experimental in form, Sampson’s poems are grounded in his environment, often the West Coast of Auckland where he grew up. Karekare, the Manukau Harbour and the Waitakere Ranges all feature, but in poems that reach from ancient Egypt to fifteenth-century France to nineteenth-century Tahiti to the United States in 1963, while touching on biography, archaeology, astronomy, Sampson proves that he can handle global ideas and universal concerns.

As in nature, or the clear notes that come from complicated instruments, this book’s range is not random but indicative of honest complexity and of what I want to call – too conservatively, in light of such adventurous poems? – real beauty. – Zach Savich, Kenyon Review