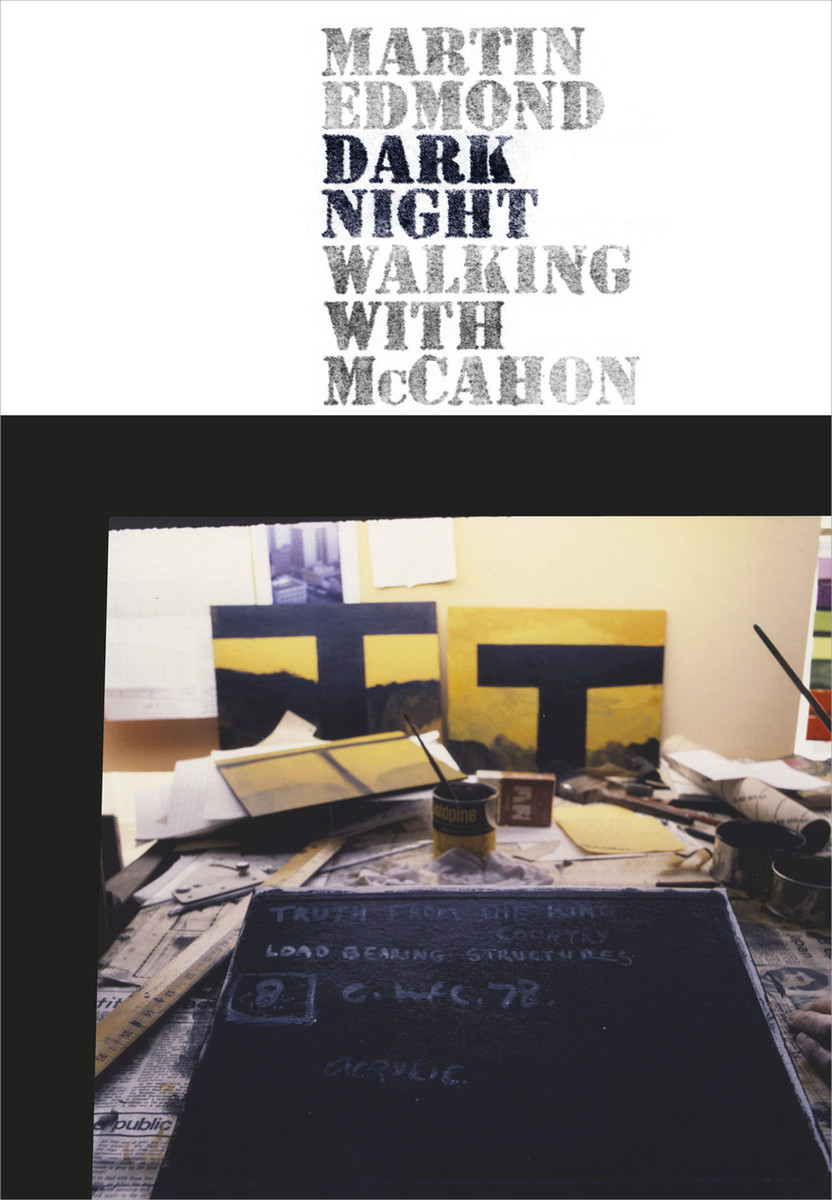 Out on that hallowed ground I felt my own consciousness go, not into exile or oblivion but into what was round about . . . like McCahon when he was lost in here, I had surrendered my identity; I had, like him, become just another entity among entities: as the trees pulled up moisture from the earth and exhaled it through their leaves into the air, so too did I inhale and exhale, so too did the insects, the birds, the animals; clouds and stars were likewise mortal bodies that expanded and contracted rhythmically for a long or short while then passed away.

In 1984, in the palm grove in Sydney’s Botanic Gardens, the artist Colin McCahon went missing. He was found by police early next morning in Centennial Park, kilometres away, with no memory of who he was or where he had been. They took him to St Vincent’s Hospital where he remained, a complete unknown, while a major retrospective exhibition of his paintings opened on the other side of town.

In Dark Night, Martin Edmond walks in McCahon’s footsteps, past pubs and monuments, art galleries and churches, barracks and parks: to accompany him some way into the darkness of his end. Edmond’s record of the journey is a brilliant exploration of a city and its denizens; of the nature of art and the foundations of faith; and of the shadowy crossroads where they intersect.

. . . thanks to Edmond’s acumen, humility and finely tuned sense of irony, Dark Night is one of the year’s most rewarding reads. – Iain Sharp, Metro

This is an elegant and imaginative study, reminiscent of Edmond's books about the painter Philip Clairmont and his own father, both of whom were recalled as tragic figures. His McCahon is just as tragic in those lost hours in Sydney, he was no longer a famous artist or even a disillusioned visionary, but "an ordinary man fallen on hard times in a hard world that will not relent". – Philip Matthews, The Press

It is not a book written about McCahon, then, so much as one written beside him. And it's this ambitious and wholly unfashionable sense of companionship, of writing as a way to re-enter the past and speak with the dead, that makes Dark Night, for me, the best – the riskiest and most fully imagined – book there is on McCahon. – Justin Paton, NZ Listener