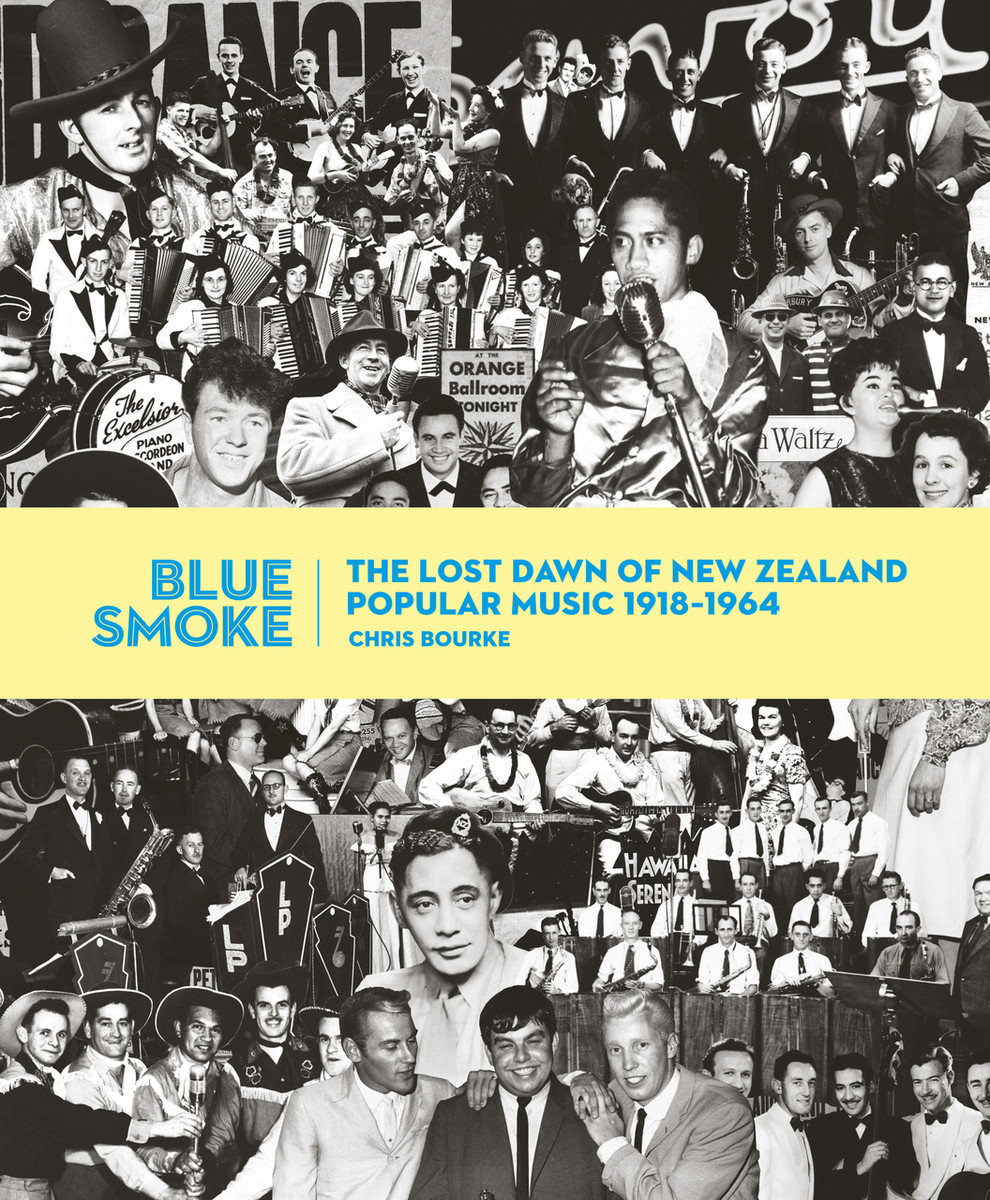 ‘Come up to Paekakariki / in the land of the tiki / where you spend all your days at the beach.’

It’s another Saturday night in 1950s Auckland. Downtown, nightclubs are banning the jive because the exuberant couples disturb the cautious fox-trotters. Over in Freemans Bay, the Māori Community Centre is the ‘jazziest, jumpingest place in the city’ where sweaty men in zoot suits feed on Māori bread and huge tubs of potatoes.

In Blue Smoke, Chris Bourke recovers the lost dawn of New Zealand popular music in the twentieth century. Bourke brings to life the musical worlds of New Zealanders at home (buying sheet music from Beggs, listening to the radio, learning ‘the twist’) and out on the town (singing in community choirs, seeing Dave Brubeck on tour, jiving to Johnny Devlin). Beginning with the return of the Kiwi Concert Parties from World War I and the arrival of jazz, Blue Smoke chronicles half a century of change – with the impact of World War II, the rise of swing, country, the Hawaiian sound and then rock’n’roll, the development of a TANZA and a local recording industry, and the impact of tours by overseas stars.

From Kiwi concert parties to the Howard Morrison Quartet, from Ruru Karaitiana’s ‘Blue Smoke’ to Ken Avery’s ‘Tea at Te Kuiti’, from swing to folk, from Wellington’s Majestic Cabaret to Christchurch’s Wintergarden, Bourke brings to life the people, places, and sounds of a world we have lost. It is a world in which Māori and Pākehā New Zealanders gradually developed a melody, a rhythm, and a voice that made sense on these islands.

If there is any justice, Chris Bourke’s Blue Smoke will become the Edmonds Cookbook of New Zealand popular culture – because truly, every home in the country should own a copy of this impeccably researched, spectacularly illustrated history of how popular music evolved here. – Gordon Campbell, Metro

Blue Smoke is a beautifully presented book which is reference text, bedside-table read and coffee table page-turner in one. - Graham Reid, NZ Herald

I swear, my eyes brimmed as I read the opening paragraphs of the preface to Chris Bourke's new book Blue Smoke... I thought, yes, this is the book I want to read. - Russell Brown, Public Address