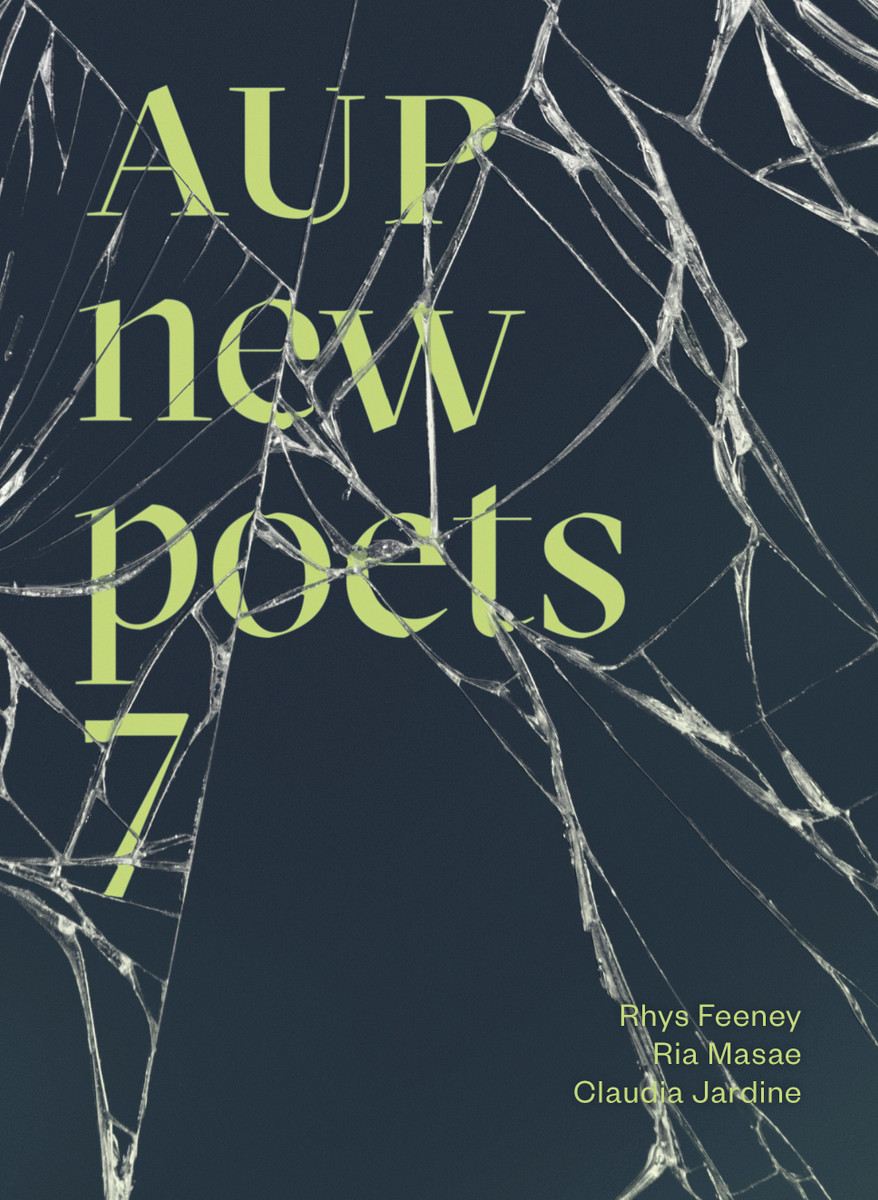 From Apia to Parnell, ancient Rome to Aro Park and on to the furthest reaches of the internet, AUP New Poets 7 takes readers on an eye-popping journey through contemporary New Zealand poetry.

The collection opens with Rhys Feeney’s passionate take on contemporary global politics and ecological collapse. Next, Ria Masae leads us from a fale in Samoa to the pulsing streets of Auckland city in a voice rooted in the spoken word. And finally Claudia Jardine brings the startling images and unlikely facts from the classical world to echo around inner-city Wellington.

We see scars and tattoos, bipedal goat-men and deep-fried bananas, fat-soluble poisons and indestructible pumpkins as each poet’s distinctive vocabulary and sense of rhythm combines in one powerful volume..

Rhys Feeney is a high school teacher and volunteer mental health worker in Te Whanganui-a-Tara. He has a BA (Hons) in English literature as well as an MTchLrn (Secondary) from Victoria University of Wellington. His poetry has previously appeared in ANNEXE, elsewhere, Mimicry, Sponge, Starling and various zines. He tweets occasionally at @rhysfeeneybot

Ria Masae’s work has been in publications such as, Landfall, Ika, takahē and Manifesto Aotearoa.  She won the 2015 ‘New Voices: Emerging Poets Competition’, and the 2016 ‘Cooney Insurance Short Story Competition’.  She has poetry on the Mexican poetry website Circulo De Poesia, as well as the Best New Zealand Poem 2017 anthology. In 2018, Ria became the ‘Going West Poetry Slam’ champion, and in 2019 she was a recipient of the ‘NZSA Mentor Programme’.  Since her acceptance into the AUP New Poets 7 anthology, Ria has been working on a poetry collection for her first sole anthology.

Claudia Jardine is a Pākehā/Maltese poet and musician who was born in Te Tihi-o-Maru and grew up in Ōtautahi alongside a suburban menagerie of animals and bugs. She holds a First Class Bachelor of Arts with Honours from Victoria University of Wellington and will soon be completing her MA in the same subject. Her writing has been published in Starling, Mimicry, Landfall, Sport and several zines. Her debut indie-folk EP North is available on most major music streaming services. In her spare time she plays centre-back for the university’s women’s football squad or reads.

‘Three extraordinary poets deep-delve into their various political, social and aesthetic concerns – from Rhys Feeney’s pliable, energetic grappling with late capitalism and climate change, to Ria Masae’s fast-talking, street-smarting, aching social commentary, to Claudia Jardine’s robust engagement with feminisms and the classics. At the same time, there’s a broad-spectrum dialogue going on here as these contemporary sayers hang together on what’s vital.'