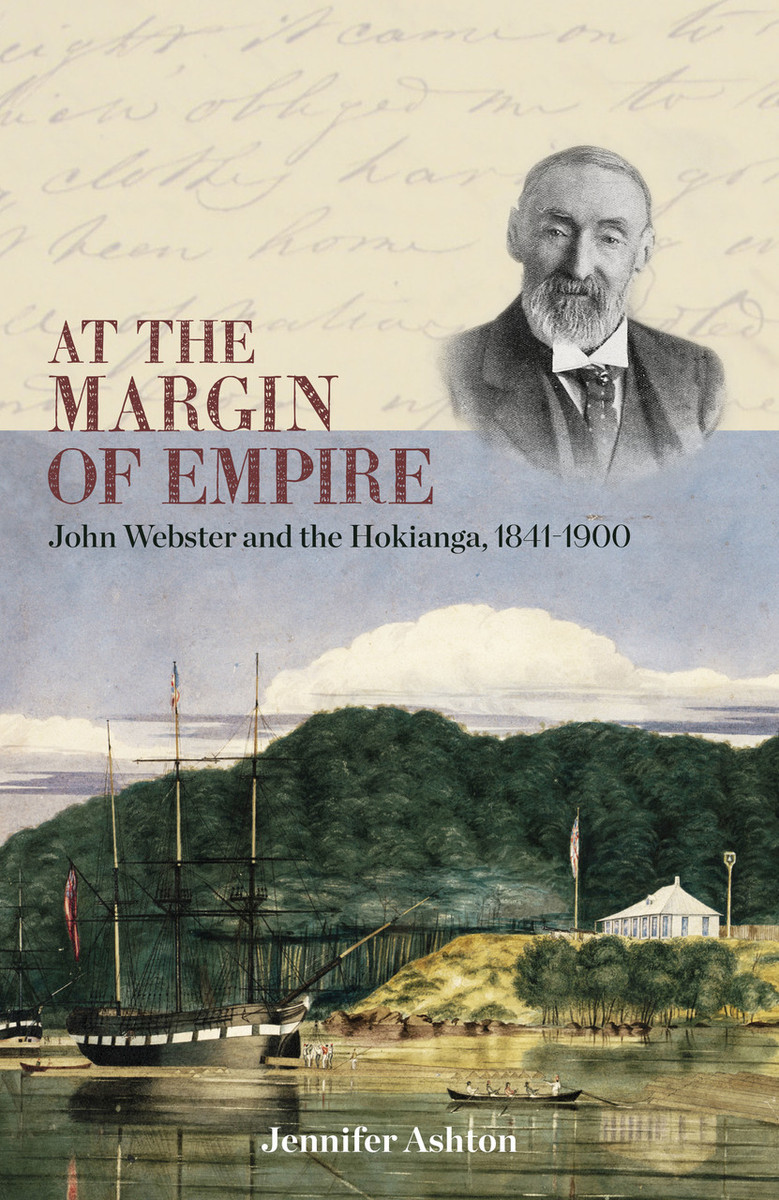 Explores through the long and colourful life of one man the wider transformation of relationships between Māori and Pākehā during the nineteenth century.

In this remarkable biography, Jennifer Ashton uses the life of one man as a unique lens through which to view the early history of New Zealand. Born in Scotland in 1818, John Webster came to New Zealand via Australia in 1841 (after a violent encounter in the outback which he just escaped unscathed) and spent most of the rest of his life in Hokianga. At the Margin of Empire charts his colourful experiences carving out a fortune as the region's leading timber trader and cultivating connections with the leading figures of the day, Maori and Pakeha. Webster fought alongside Tamati Waka Nene in the Northern War, married one of Nene's relatives and built up his kauri timber business through trade with local chiefs (though at one point awoke to find a plundering party had arrived on his front lawn). He was also friends with Frederick Maning, and visited by George Grey, Richard Seddon and other luminaries of the day. In telling the story of John Webster's long and colourful life for the first time, this biography also explores the wider transformation of relationships between Maori and Pakeha during the nineteenth century.  It is an intimate and revealing account of life in early New Zealand.

Fascinating biography of Scotsman John Webster, who arrived in New Zealand in 1841 and became a leading figure in the Northland timber industry. – Mark Broatch, NZ Listener Best Books of 2015

Ashton's elegantly written and thoroughly researched account of Webster is a memorable one but, possibly even more significantly, she has made a convincing plea for us to reassess existing representations of our colonial history, and has moved the historiographical boundaries in a direction where other historians are bound to follow. - Paul Moon, NZ Books

If you're keen to further understand the early history of New Zealand and connections of Māori and Pākehā, 1642–1840 pick up a copy of At the Margin of Empire - John Webster and Hokianga, 1841-1900 (Auckland University Press, $49.99). Written by Jennifer Aston, the book chronicles the life and times of John Webster, a Scotsman who came to Hokianga via Australia. The author uses his experiences to illustrate the relationships built and the importance of everyday encounters in the life of a settler. — Jack Leigh, New Zealand Heritage.

May the People Live: A History of Māori Health Development 1900–1920

Leisure and Pleasure: Reshaping and Revealing the New Zealand Body 1900–1960