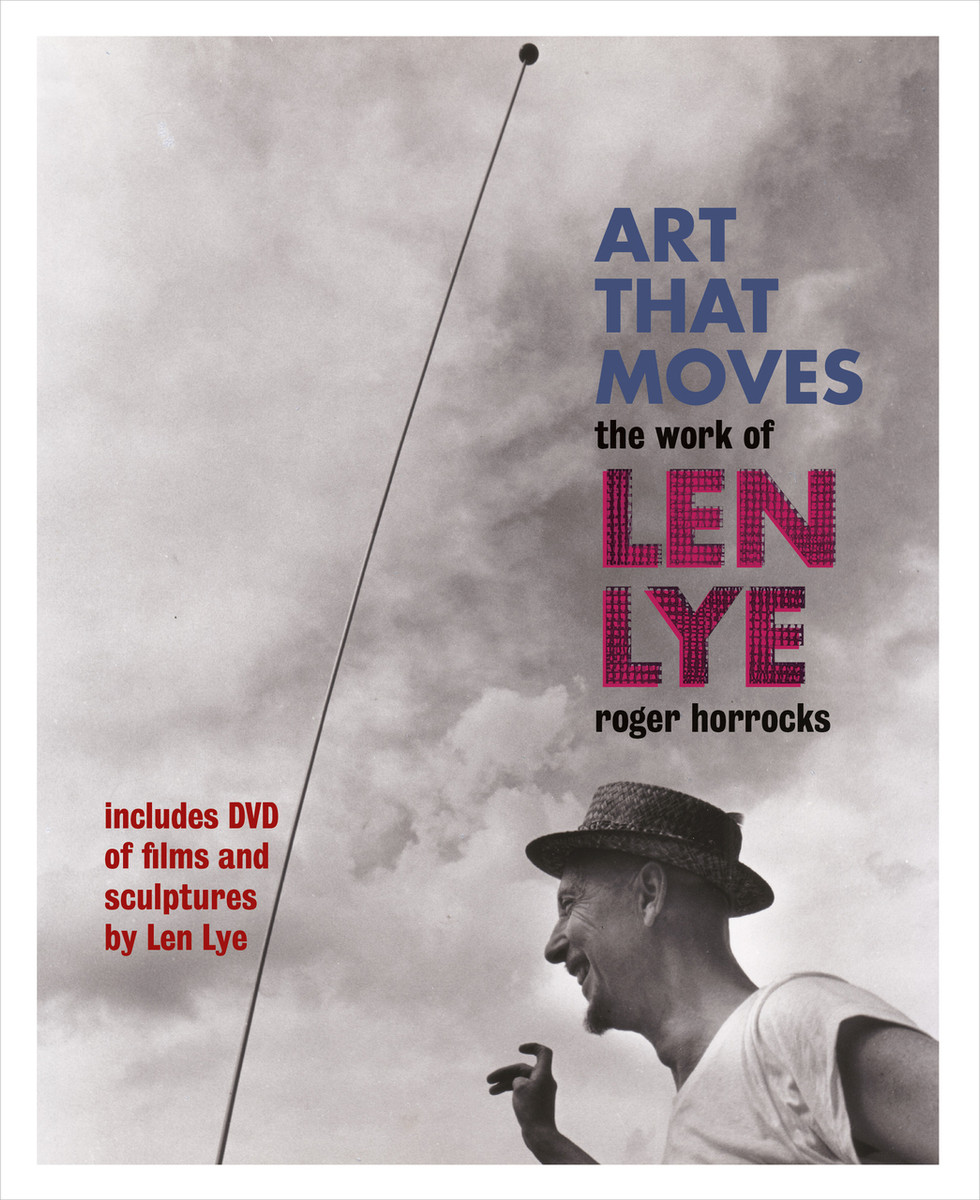 One of the most original artists to have emerged from New Zealand, Len Lye (1901–1980) had a passion for movement from an early age. This fascination shaped his urgent and pioneering films and kinetic sculptures and contributed to his remarkable work in painting, photography and writing. Lye had a big idea – that movement could be the basis for a completely new kind of art – and he devoted much of his life to it. 'Kinetic art is the first new category of art since pre-history,' he boldly claimed in 1964. What did he mean by this? And how does his work in film and sculpture bear it out?

Roger Horrocks, author of the best-selling and critically acclaimed 2001 biography of Lye, makes a powerful case for the artistʼs originality and the relevance of his ideas today. Lye's 'big idea' illuminates not only his own work but the ʻmystery of movementʼ in all forms of art – from dance to film – and in our own lives. Here Horrocks traces these connections and tells us much that is new about Lye, including behind-the-scenes information about how the artist dreamed up and applied his new methods of film-making and created his kinetic sculptures. He also covers the remarkable story of how Lyeʼs unfinished projects are being built in New Zealand today and the controversy this has sometimes aroused.

In this new book about the world renowned kinetic artist, Horrocks observes that advances in technology have increased the potential of the art of movement. . . . Though he concentrates on Lye’s films and kinetic sculptures, Horrocks connects them with aspects of his painting, photography and writing which are pertinent to movement. He contextualises Lye with other pioneer chroniclers of movement, and then looks closely at how Lye’s oeuvre has developed. – Art News

This is a smartly designed book with good quality illustrations. Starting with modernist theories of representing movement in European photography, painting and film Horrocks examines Lye's ideas and then studies his sculptures and films. Art that Moves is an accessible survey of Lye's kinetic work as well as a valuable companion to Horrocks's earlier book, Len Lye: a biography.' – Errol Shaw, Nelson Mail