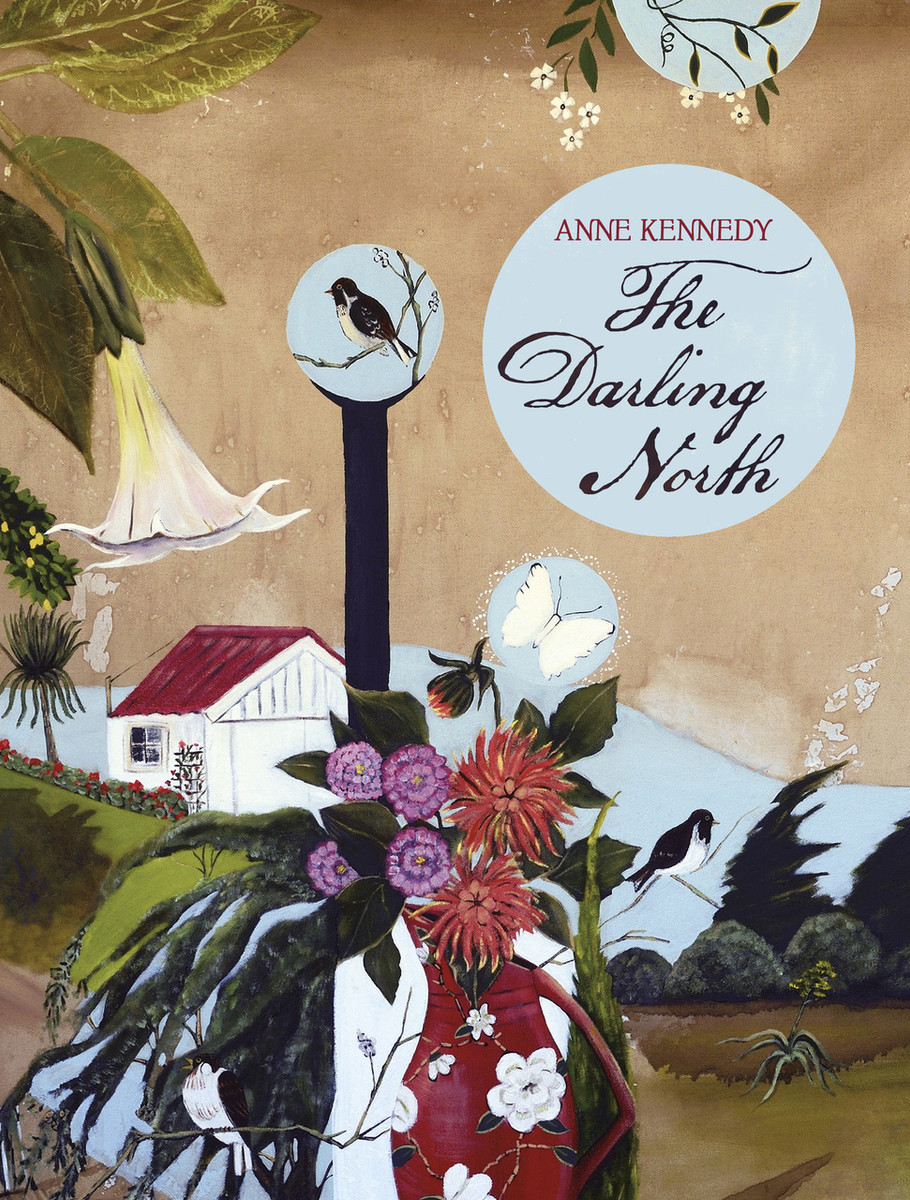 In the seven long-ish poems of her new collection, multi-talented writer Anne Kennedy explores past and present, here and there, north and south, earth and paradise, hello and goodbye.

In unfolding couplets, ‘The Darling North’ engages with a woman’s past, her lover, her new landscapes, exploring the results of yearning and directional possibilities on the shores of the Hokianga. F. E. Maning and Seamus Heaney hover in the background as touchstones. ‘Hands On’ reconfigures the Little Red Riding Hood, Three Little Pigs and the Gingerbread Man stories; while other poems touch on a lost wedding ring, a significant birthday, remembered hills. Finally Kennedy offers two long poems about the dislocation of migration – a loose sequence of here-and-there sonnets that deal with the upheaval of a family move from New Zealand to Hawai‘i; and a final poem, ‘Hello Kitty, Goodbye Piccadilly’, in which the change and disturbances, effort and turmoils of adjusting to  ‘Paradise’ move towards acceptance and belonging.

Though separate and various in tone and form, these poems wave and tip their hats to one another – adding further pleasures to this sparklingly original collection by one of our most interesting writers.

The Darling North is rich in humour and shows off Kennedy’s knack for narrative and pace, as well as her adept way of realising character and voice. – Rachel O’Neil, Metro

The whole volume sings with music that is peculiarly Kennedy’s. It will not disappoint old admirers and deserves to win new ones. - Paul Little, North & South