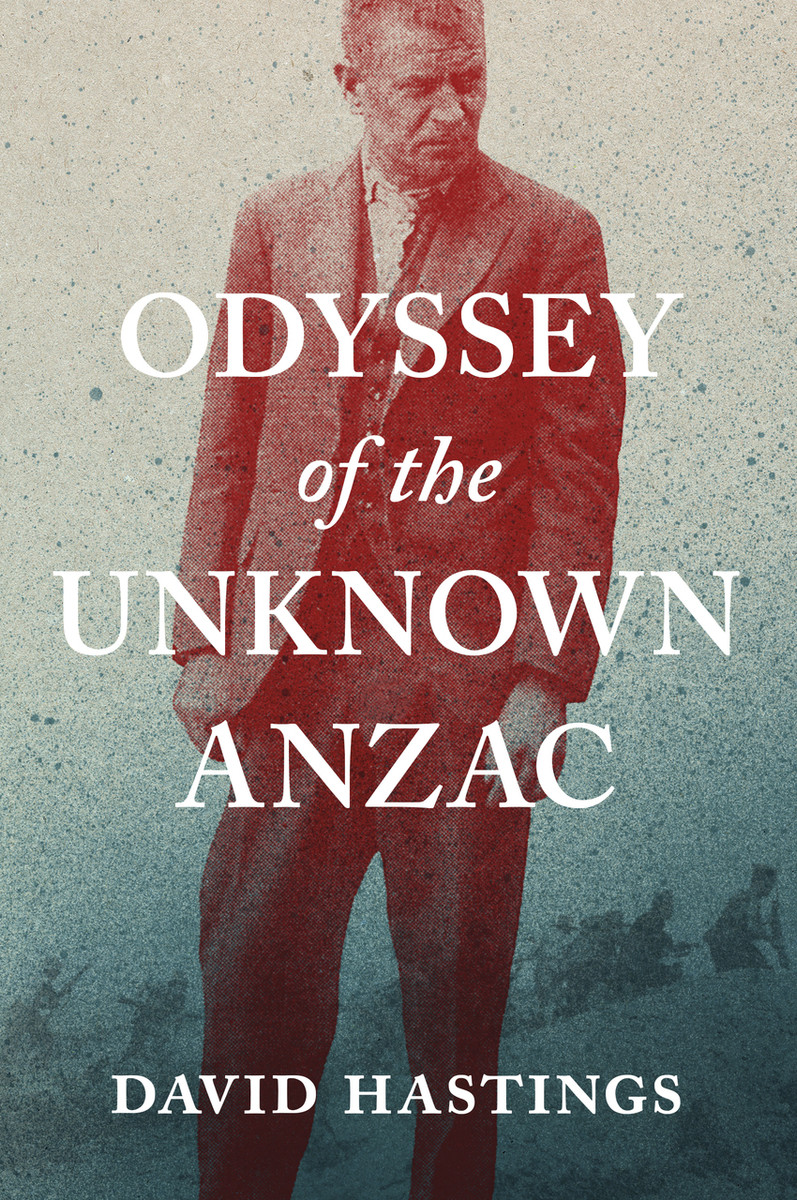 Odyssey of the Unknown Anzac

The story of World War I through the odyssey of one New Zealand soldier.

Ten years after the end of World War I, the Sydney Sun reported that an unknown Anzac still lay in a Sydney psychiatric hospital. ‘This man . . . was found wandering in a London street during the war,’ reported the paper. ‘He said he was an Australian soldier. Beyond his first statement that he was a Digger, he has not given any information about himself.’

Thousands of people in Australia and New Zealand responded to this story and an international campaign to find the man’s family followed. The story tapped into deep wells of sorrow and uncertainty which had been covered over by commemorations of Anzac heroism and honourable national sacrifice. More than a quarter of the Anzac dead had no known resting place. Might this be someone’s missing son?

David Hastings follows this one unknown Anzac, George McQuay, from rural New Zealand through Gallipoli and the Western Front, through desertions and hospitals, and finally home to New Zealand. By doing so, he takes us deep inside the Great War and the human mind.

In Odyssey of the Unknown Anzac, by David Hastings [...] the writer attempts something completely original: taking us as near as possible to an ordinary soldier's terrifying experience of war. - Marianne Tremaine, NZ Heritage

Reflecting David Hastings’ combined expertise as a journalist and historian, Odyssey of the Unknown Anzac draws upon the traces McQuay left in newspapers, hospital and army archives in New Zealand and Australia, as well as the recollections of his family and community at home in Stratford. Its telling of one life story is supported by examination of World War I as experienced at home in New Zealand – the narrative shifts smoothly from one to the other where needed, bridging the inevitable gaps in McQuay’s record and giving the broader context that adds wider significance to his life and journey. - Samuel Finnemore, Listener