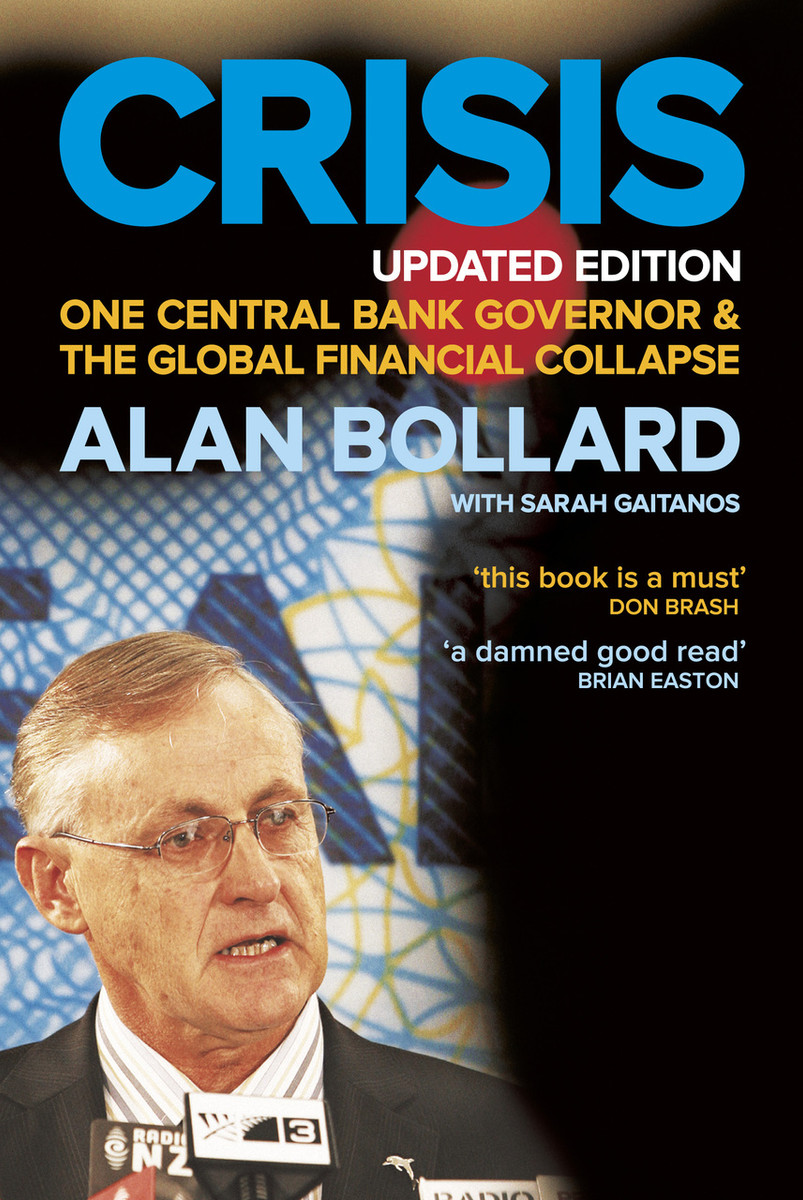 From Basel to the Beehive, through rate cuts and conference calls, Reserve Bank Governor Alan Bollard’s bestselling Crisis was a first-hand account of the global financial and economic meltdown. Now, two years on from the book’s first publication, this new edition brings the story up to date.

Crisis takes readers from the overheated markets of 2007, through the collapse of investment banks and stressful times for numerous economies in 2008 and 2009, and on to a fragile recovery in New Zealand and the world since 2010. In two additional chapters for this updated edition, Alan Bollard reveals how New Zealand grappled with the impact of debt crises in the United States and then in Europe — as well as with the devastating effects of the Christchurch earthquakes.

Bad news on the Reuters screen, emergency meetings and urgent decisions, making sure Christchurch has enough cash and ATMs: Crisis captures the drama of events as politicians, bankers and government officials struggle to deal with the worst financial crisis since the Great Depression.

It’s a personal insider view but wide enough to serve as an overview of what happened. . . . a good account of what happened from an economic standpoint . . . quite readable and not too technical. – Dave Calderwood, Waikato Times

. . . there are few people as qualified as well qualified to comment on the New Zealand economy as Dr Alan Bollard . . . – Jillian Allison-Aitken, Southland Times

For anybody interested in the New Zealand economy, this book is a must. It is highly readable, with just the right amount of detail. – Don Brash, Your Weekend

Friendly Fire: Nuclear Politics and the Collapse of ANZUS, 1984–1987

This Realm of New Zealand: The Sovereign, the Governor-General, the Crown