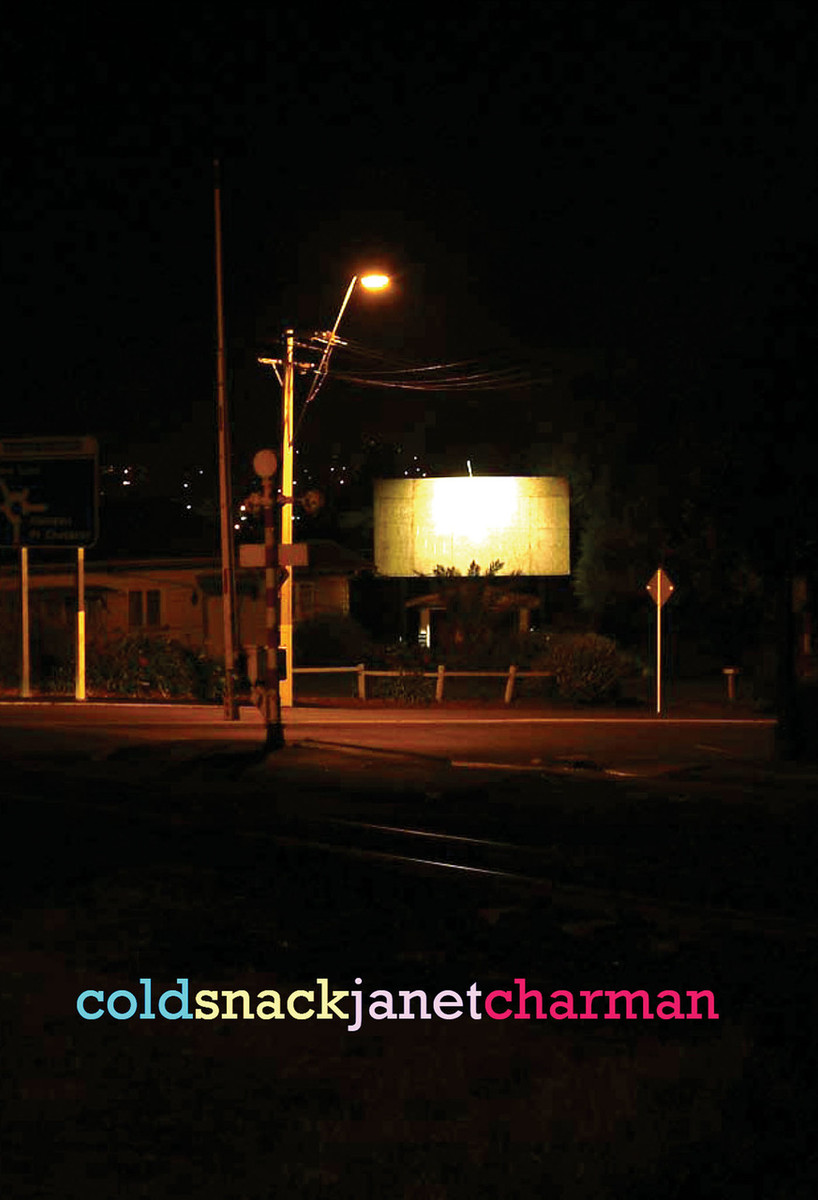 Cold Snack is an immensely readable collection, among the most accessible that well-loved poet Janet Charman has written. The book brims with poems of suburbia, families, workplaces, ordinary life. In the first section Charman explores the pains and pleasures (mostly the pains) of becoming a schoolteacher in midlife, ‘rerouted back to class’—the fish-swim of routine, pedagogy and (teacher) truancy, parent–teacher interviews, assessment ‘in the jelly sway of the kelp forest’.

The second section, ‘televisioner’, is a single long sequence that views the over-confident 1980s from the unlikely perspective of a receptionist for a television station. The poet plays with the news and the people and stories behind the news, remembering the Springbok tour, a bomb scare, the ‘occasional politician’ and the shock arrival of computers: ‘the wall had gone up / Berlin / Jerusalem / in the news room’.

In the third bittersweet and more intimate section lyricism combines with observation to produce some powerful poems to end the collection. All the poems show Charman’s ear for the spoken language and her acute awareness of the sounds, shapes, colours around us and the way they are inhabited by our emotions. Moving and impressive.