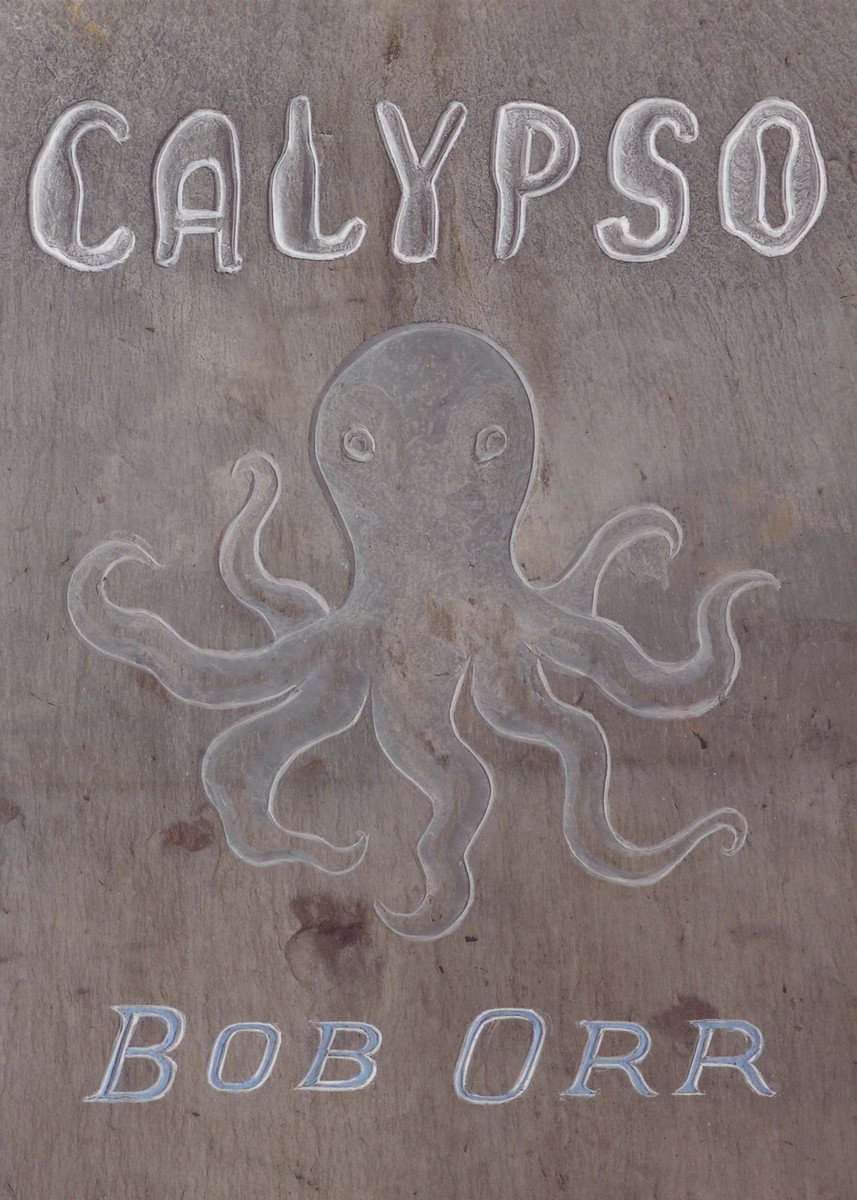 In the first of Calypso’s four sections, ‘Purple Octopus’, the poet guides us on a voyage though space and time from Troy to Waiheke to San Francisco to Spain, through poems in which everything – clouds, ants, trains, winds, kites – and everyone are travelling, but only some are lost. In ‘Seven Songs and an Anchor’ Calypso sings of desks, chairs, bookshelves, typewriters, the ordinary things of the world made extraordinary. In the third section, he writes movingly of his family and his past with great simplicity and feeling. Finally, in ‘Cicada Summer’, Orr closes with short, intensely New Zealand lyrics combining the everyday with a visionary sense of mystery and wonder.

Written under the twin auspices of Bob Dylan (‘While calypso singers laugh at them and fishermen throw flowers’) and Lord Byron (‘But not in silence pass Calypso’s isles’), and encountering en route writers as diverse as Homer, Lorca, Blaise Cendrars and Apollinaire, Calypso is an entrancing new collection from Bob Orr.

These are poems which are accessible without being trite, the poetry of a mature man who has endured much in his physical and emotional life, who welcomes others on board for a safe voyage and points out the lay of the psychological land with a mariner’s sharp eye. – Margaret Christensen, Wairarapa Times-Age