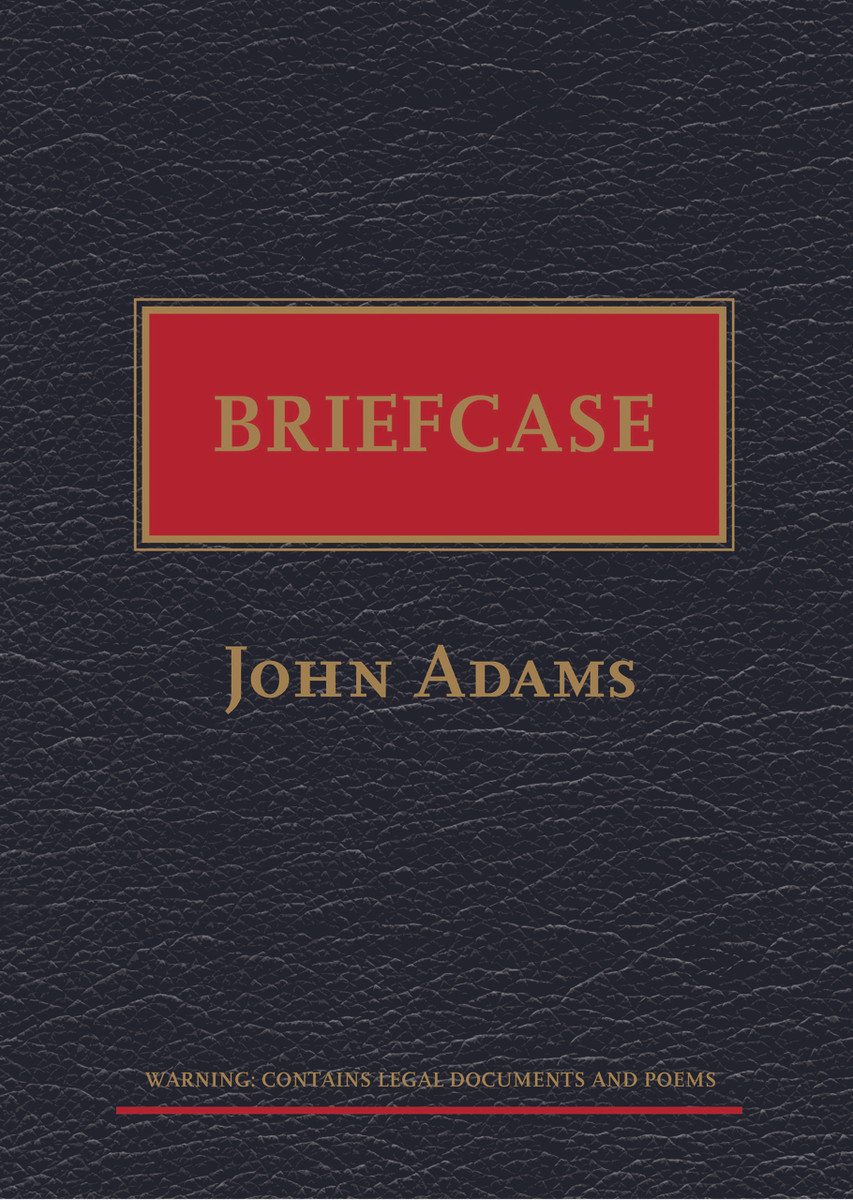 After an argument with his wife, Verity, Jason Button threw a stapler which struck her on the face. Is he guilty of violent assault? Or was it just a matter of bad luck?

Briefcase, the first book of poetry by Judge and poet John Adams, is a mélange of poems – in traditional and experimental forms – and other texts: affidavits, police reports, a sudoku puzzle, court transcripts, a menu, wills and commentaries.

A disordered novella in legal documents, brutal and amusing by turns, Briefcase superbly explores the role of language as a vessel for truth and an implement of justice.