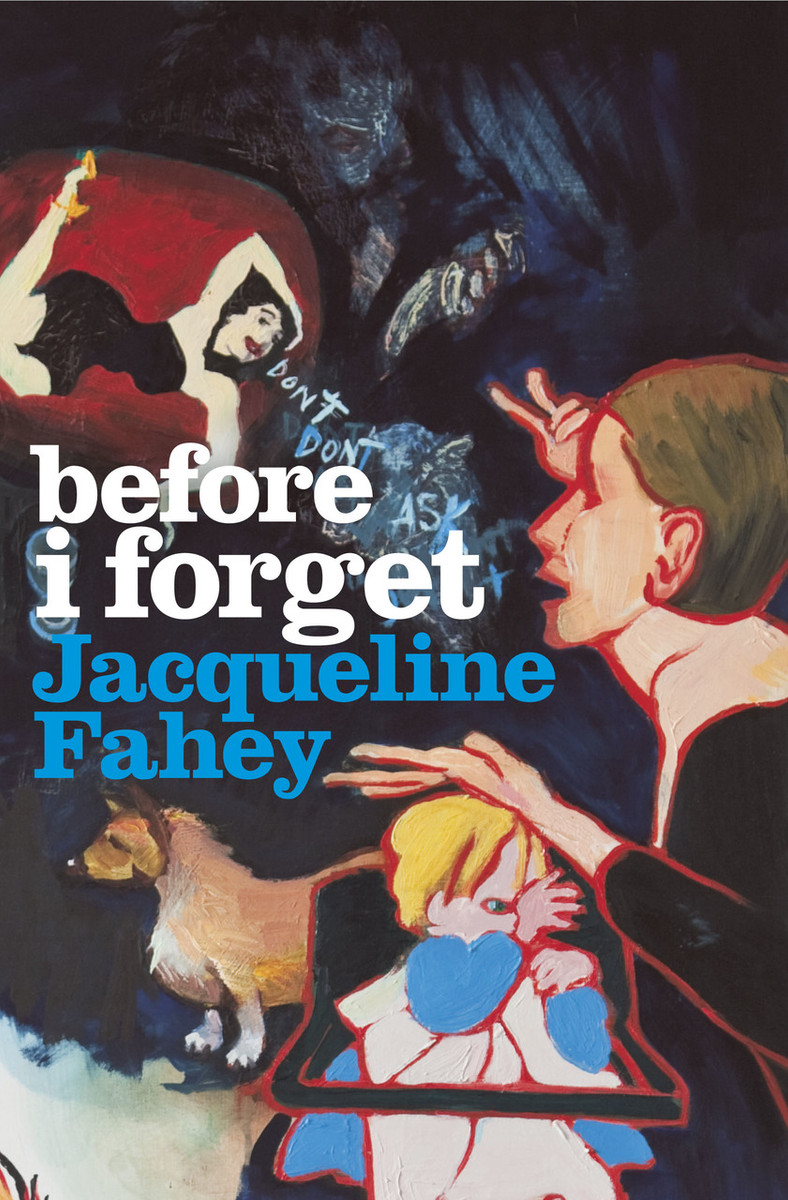 Jacqueline Fahey’s wonderfully opinionated memoirs have a significance in two respects. First, as an artist, she broke new ground, demanding that images of women’s domestic life be legitimate ground for artistic comment. Second, she had a privileged view as the wife of psychiatrist Fraser McDonald, of the huge structural changes in mental health services. – Rosemarie Smith, Southland Times

In the tradition of romance novels, Jacqueline Fahey brought the curtain down at the end of her first memoir, Something for the Birds, after her marriage to Fraser McDonald. In Before I Forget she continues the story from this happy-ever-after moment, charting her life since 1960.

While raising three daughters and many dogs, handling the deaths of her parents and battling the politics of mental hospitals, the expectations on doctor’s wives and the perils of a boozy culture, Jacqueline Fahey remained committed to her painting life – ‘the art world where I could be something like myself’. From Porirua Mental Hospital to Melbourne (where Fraser trained as a psychiatrist), Kingseat Hospital to Carrington (where Jacqueline had a run-in with Titewhai Harawira), she describes a brimming, shifting life of family, politics, ideals and art. She dwells warmly on her friendships with Rita Angus and Eric McCormick and includes a vivid account of a trip she made in 1980 to New York, where she stayed in the legendary Hotel Chelsea.

After some tricky learning curves around the closure of Carrington, Fraser’s illness and a period of teaching at Elam, Fahey moves into town after Fraser’s death and – with characteristic verve and aplomb – finds new stage sets for her life, dramas and paintings. From the retrieval of contraceptive pills in the face of a raging bush fire to an account of a strange encounter with a possible CIA agent on a plane, the stories in this deliciously told memoir are those of a passionate nonconformist, a risk-taker, a woman for whom painting has always been ‘a present necessity’.

Celebrating Style at Any Age by Zoe Walker, Viva

Like her first book, this one is a high-speed trip through a life well-lived by an intelligent, perceptive, opinionated woman. – Art News

Jacqueline is a gifted artist and a wonderful writer. I was pulled into her story from the first and was unable to achieve much else until it was finished. – Elizabeth Marrow, Northern Advocate

As Far as I Can See

I, Clodia, and Other Portraits